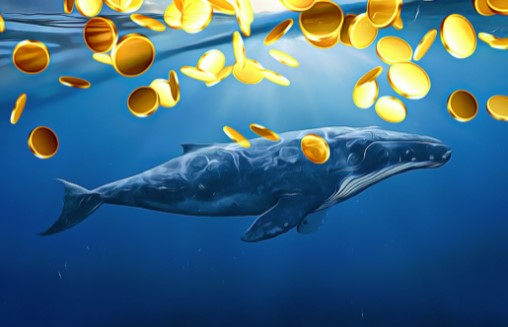 According to WhaleStats, a leading whale-watching platform, the richest wallets in the world of cryptocurrencies have started selling Shiba inu, as they mainly turn their attention to the altcoin competitor Ethereum.

Shiba Inu is being Sold as Giant Whales Accumulate this Altcoin

WhaleStats, a leading whale-watching platform, reported that Ethereum (ETH) whales have accumulated an ETH competitor whose price has fallen over the past month.

According to CoinMarketCap data at the time of writing, Phantom (FTM) continues to trade at $1.39, down 0.39% over the past 24 hours. Over the past week, the cryptocurrency asset, which ranks 43rd by market capitalization, has grown by more than 6.5%.

According to WhaleStats, the top 100 ETH addresses sell the popular memcoin and competitor Dogecoin (DOGE) to Shiba Inu (SHIB).

The popular prank currency shiba inu (SHIB) has fallen by 4% compared to the price a month ago. Over the past week, the crypto asset, which occupies the 15th place by market capitalization, has gained more than 9%.

According to CoinMarketCap, at the time of writing, Shiba inu continues to trade at a price of 0.000024 USD with an increase of 1.03% over the past 24 hours.

On the other hand, according to other data provided by WhaleStats, giant bitcoin whales show that Russia has accumulated BTC since the beginning of its invasion of Ukraine.

“The number of bitcoin addresses containing from 1 to 10 thousand BTC has increased by 8.3% since the Russian-Ukrainian war became official. 2203 addresses are at the highest level in the last 1 year. Both this level and the level from 100 to 1000 BTC have historically predicted price movements.”

Bitcoin (BTC) continues to trade at $44,700, while over the past 24 hours, according to CoinMarketCap, it recorded an increase of 0.40% at the time of writing the content.

Terra (LUNA) meets a large company: you can invest!