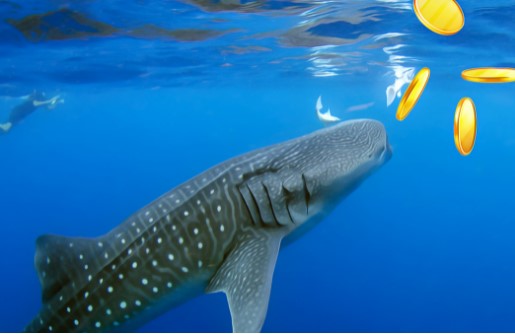 It is difficult to predict the future in the crypto money markets, but watching the whales that lead the market can give you an idea. There are several remarkable transfers in the latest moves shared by Whale Alert. So, who actually made these transfers and what is their purpose?

Whales Take Action For This Altcoin

According to Whale Alert transaction monitoring bot, the unusual activity of major XRP wallets was noticed a few hours ago when $30 million worth of cryptocurrencies were moved on-chain within minutes. According to the tweets, two transactions linked to the Bitstamp exchange surfaced on February 22. As the transaction page suggests, the unknown wallet transferred 20 million XRP worth $14.2 million during the transaction.

The unknown wallet that moved a large number of coins to Bitstamp currently only holds 45 XRP and is likely linked to the Bitstamp exchange as it constantly receives large numbers of transfers from the exchange and is not in contact with other XRP wallets.

The second transaction was made to another anonymous wallet from the Bitstamp exchange, which currently holds 111 million XRP and belongs to a large anonymous whale that is actively trading on an exchange or Bithumb exchange. It’s hard to speculate as to why they’re moving. They may be buying the bottoms or looking for buyer volume for further sales.

Following the general trend in the cryptocurrency market, XRP lost its previous gains and retreated 17%. The unfortunate conditions of the market caused Ripple (XRP) to drop below $0.7 for the second time since summer 2021.

However, while the majority of market participants drove the price of the asset down, XRP was still able to break through the significant selling pressure previously present in the market. Between February 3 and February 10, XRP gained 20% despite the downtrend that started in November. It seems possible (depending on general market conditions) for the price to start a fresh attack from this zone to $0.91. A slight slackening of the tension may enable the price to regain its footing at the $1 levels.