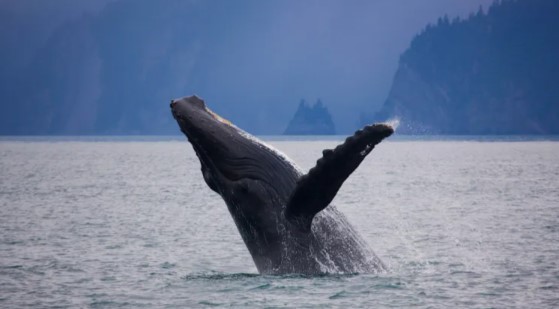 While the collapse of Terra (LUNA) has been the victim of millions of individual investors, even whales seem to be skeptical about stablecoins. According to the data provided by Santiment, giant wallets sell a huge amount of Tether (USDT) when delisting LUNA.

The largest whale wallets sold 710 million Tether (USDT) during yesterday’s crash, as network data provided by Santiment shows. On May 12, the USDT price reached $1 again after a short-term drop of $0.97. The mass sale is currently considered the largest daily sale of whales in US dollars. Santiment did not share clear data about which network these addresses are on. The onchain company roughly says the following in the messages it made during the day:

The main reason for such panic among whales, most likely, was the loss of price stability of the UST. Some of the largest stablecoins on the market have reported a massive withdrawal from exchanges and decentralized smart contracts.

Investors are paying attention to the next stablecoin

How Kriptokoin.com , we cover all the news about Terra in chronological order in this newsletter. Tether, on the other hand, is a significantly larger stable coin than Terra, and they claim to support USDT with a cash reserve. According to CoinMarketCap, despite a temporary drop below $0.99 amid exceptionally high volatility in the cryptocurrency market, which caused yesterday’s drop of $0.97, Tether (USDT) quickly managed to restore its always-maintained stable $1.

Tether reserves are significantly higher than UST, which is supported by two extremely volatile cryptocurrencies such as Bitcoin and Luna. According to the official Tether website, they support stablecoins with real money or their equivalents and short-term deposits. Only 6.3% of Tether’s support is based on cryptocurrencies labeled as “other investments”. However, it is worth noting that, despite everything, Tether returned $1 in more than a week.

Coinbase Lists A New Altcoin: The Price Has Rocked!