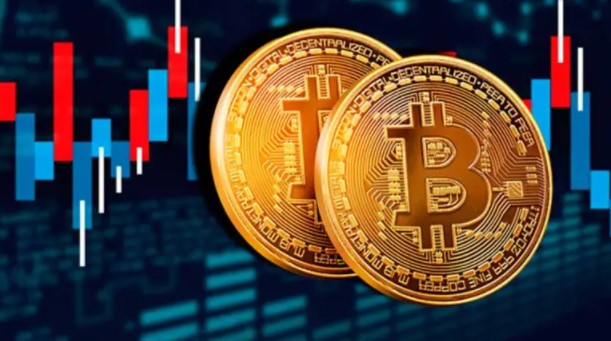 According to on-chain analyst Willy Woo, Bitcoin (BTC) could face a final bear market capitulation if ‘whales’ (addresses holding more than $1M in Bitcoin) increase selling pressures. But more inexperienced investors choose to become long-term Bitcoin holders, limiting the risk on the sell side to less than $30,000. We have prepared Bitcoin master’s comments and analysis for Cryptokoin.com readers.

Is there room for another Bitcoin drop?

Willy Woo evaluates the average price at which short-term investors have entered the Bitcoin market throughout history and plots the daily change in value. This results in a cost basis that signals when ‘inexperienced’ traders sell BTC to ‘experienced’ traders during a BTC freefall that often coincides with the market bottom.

The cost base also fell significantly in previous bear markets before strong accumulation took place as shown in the chart below. Interestingly, Bitcoin’s continued correction (from $69,000 in November 2021 to around $39,000 in March 2022) has not resulted in a major drop on a cost basis.

“It is not certain yet whether we have capitulated,” the analyst says, adding that “there is room for another drop,” based on the cost-based signal.

“Bitcoin may drop to $30,000 due to the deteriorating macro environment”

Willy Woo’s outlook comes in line with growing speculation about Bitcoin’s next big drop. For example, Acheron Insights editor Christopher Yates says that the price of BTC could drop to $30,000 due to the ‘deteriorating macro environment’.

“What worries me more and more that the bottom is yet to come in 2022 is that we have yet to see a capitulation-style spike that occurred in all the recent lows in late 2019, early 2020 and mid-2022,” said Christopher Yates in his recent BTC analysis. adds:

While not a prerequisite for a market bottom, such a capitulation-like increase in volume helps give us confidence as to when such a bottom might be imminent.

In its latest weekly report, data source Ecoinometrics provides evidence of the demand gap between small and wealthy Bitcoin investors. For example, he notes that addresses holding up to 10 BTC have accumulated cryptocurrencies in the past 30 days.

“If they disrupt tightening cycles, all risk assets will collapse”

Willy Woo also notes that Bitcoin whales are selling their caches, thus continuing the downward pressure on the price. This means that small investors have absorbed the sell-side pressure and have so far prevented the BTC price from falling below $30,000.

Additionally, Ecoinometrics analyst Nick adds that the continued accumulation trend is “as stagnant as can be”, adding that it could weaken further after the Federal Reserve’s expected rate hike in March to rein in rising inflation. The analyst makes the following statement:

To summarize, the Fed is in control. If they break the tightening cycles, all risk assets will collapse. Bitcoin is currently trading as a risk asset, so it is unlikely to be an exception.

Analysis by Ecoinometrics and Willy Woo also shows that inexperienced traders do not abandon their cryptocurrencies and become long-term holders (LTHs) in the process.

Bitcoin ‘most deflationary’ in history

Meanwhile, another measurement called the ‘LTH Inflation/Deflation ratio’ also supports the aforementioned theory, according to ARK Invest on-chain analyst David Puell. In detail, Bitcoin inflation points to LTH putting their BTC into circulation faster than the natural selling direction of miners. Conversely, the deflation shows that LTHs are absorbing a proportional amount of the miner sell side each day alongside the extraordinary total supply.

The attached chart below shows the LTH Inflation/Deflation ratio with the inflationary results flashing in red and the deflationary data in green.

“Our analysis shows that Bitcoin is in the most deflationary period in history, proportional to the supply held by long-term holders (LTH),” said David Puell, on-chain researcher at ARK Invest.