Home Crypto Whales Got Millions Of This Altcoin! But Why? 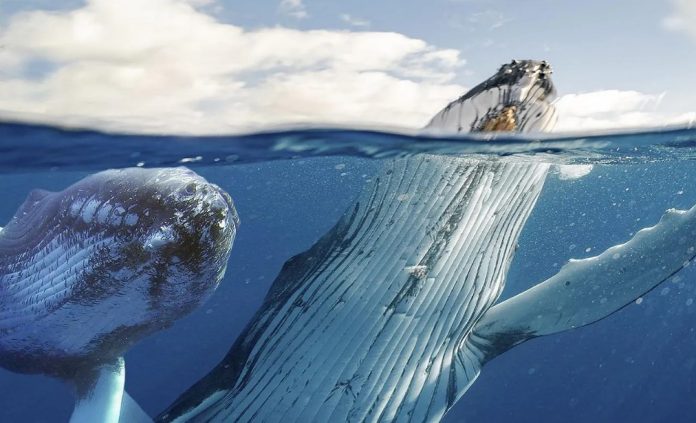 Large wallet investors in the Ethereum blockchain have raised 3.5 million ETH to add to their 28.55 million assets. According to Santiment, whales continue to accumulate ETH. Meanwhile, analysts say that the altcoin price is in the buying zone around the $1300 level.

Large investors of wallets in the Ethereum network have received a large number of altcoins. Over the past month, whales owning a million or more ETH have collectively accumulated another 3.5 million Ethereum. According to the Santiment cryptographic tracker, Ethereum whale addresses have been accumulating ETH since September 11. The main wallet addresses containing one million or more Ethereum have collectively added another 3.5 million ETH to their portfolios. Currently, 132 addresses operate in this way.

The latest round of Ethereum accumulation marks a 14% increase in the assets of whales in Ethereum with a billion dollar portfolio. Whale Wallets have total assets of about $36 billion at the time of writing. In other words, it reached a record high of 28.55 million ETH. 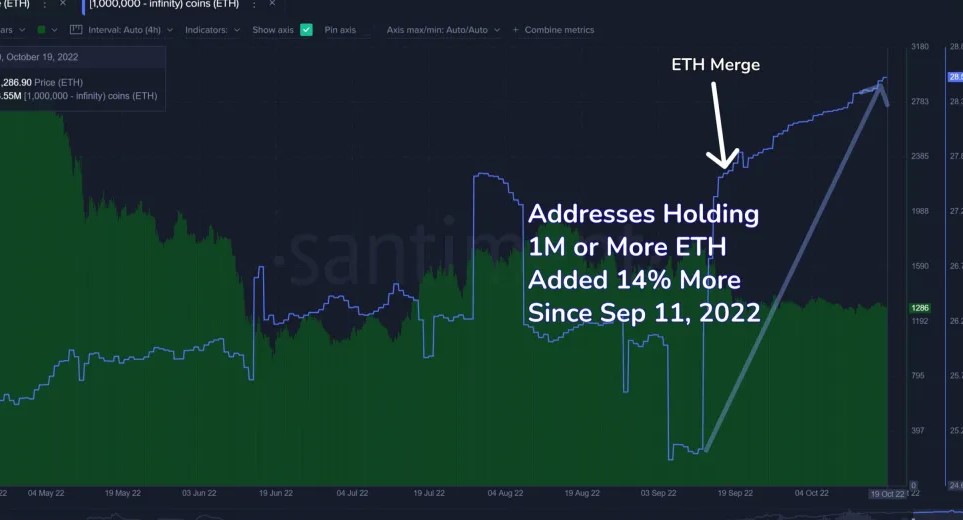 Santiment previously reported that Ethereum sharks and whales owning 100 to 1 million ETH tokens are selling their assets. The redistribution trend began shortly after Ethereum switched from Proof-of-Work (PoW) to Proof-of-Stake (PoS). However, analysts are optimistic about ETH, despite its sharp drop after the merger. Thus, the altcoin returned above the $1,200 level.

Analysts believe that the altcoin project is in the accumulation phase

How do you keep track of Kriptokoin.com , the price of the altcoin has hardly changed in the last thirty days. Analysts often consider the trends of redistribution and accumulation of whales as bullish signals for the asset. Another important indicator is the performance of the commission collection network. This indicator also reached the maximum value for the month. According to analysts, these factors are likely to push the altcoin price up.

At the time of publication, ETH is trading at $1,330, which is 1.4% more per day. Ethereum gained 3.64% over the week. Analysts also assessed the dynamics of the Ethereum price. As a result, according to their assessment, the asset is in the accumulation phase around the level of 1300 dollars. According to them, Ethereum is entering the “buying zone”, recovering from a downtrend. Cryptocurrency analyst BitQueen says that now is the perfect time to buy ETH.