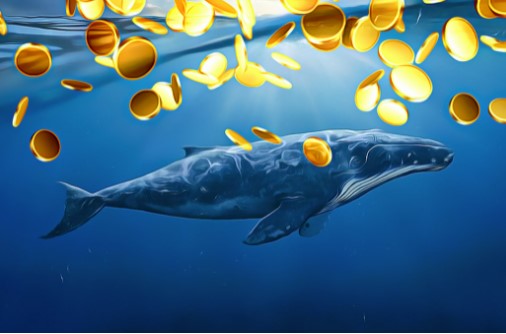 Over and over, we’ve seen whales and other investors take these dips as a buying opportunity during cryptocurrencies. This time, we see whales flocking to one of the market’s popular altcoins.

According to cryptocurrency analyst Ali Martinez, Cardano addresses holding between 100,000 and 1 million ADA have recently purchased large amounts of tokens. So the whales seem to be taking advantage of the price drop as the developers work on the ecosystem.

According to the data obtained, these purchases mark the largest purchase rates seen in the savings of whales in months. According to the analyst, this may be due to the fact that Cardano development activities have surpassed Ethereum this year and nearly doubled against Bitcoin.

In addition, last month, ADA’s trading volume rose to $12.7 billion in a short time. This means that the trading volume of ETH, which is $ 6.3 billion, has almost doubled. Activity on the ADA network is also increasing, with the number of new addresses created daily at 167% on February 18.

ADA price continues to make volatile movements along with the rest of the cryptocurrency market. After hitting a record $3.10 on September 2, 2021, it fell and is currently trading at roughly 72% below its record price.

Analysts think that ADA investors will be profitable, especially in the long run, due to the developments in the Cardano network. It is stated that if Bitcoin sees $ 100,000 this year, as expected, the first target of ADA will be $ 5.