Home Crypto Whales at Work Again: These Altcoins Are in the Hands of Giant... 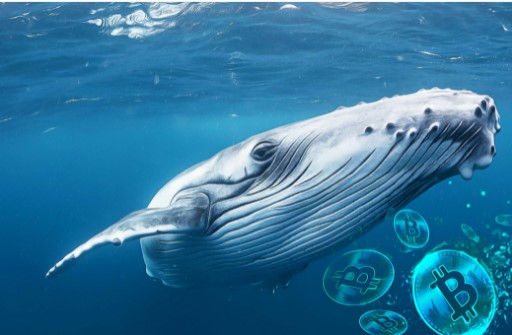 As WhaleStats reports, Binance Smart Chain (BSC) whales hold 20 cryptocurrencies, including DOGE, SHIB, and ADA. These whales, which are on the top 1,000 BSC rich list, are known to hold Bitcoin and Ethereum in particular. However, the data shows that these macro investors hold other altcoins, including prank coins, apart from these two giant cryptocurrencies.

WhaleStats says the assets of these big 1,000 BSC whales include 11 of the top 20 high-value cryptocurrencies. While Bitcoin (BTC) is the most held cryptocurrency by these giant investors, it is reported that $ 420 million worth of BTC is held by whales. Ethereum follows Bitcoin with 403 million dollars. The third token held by whales is Polygon (MATIC) with $72 million. Dogecoin comes in fourth with $46 million.

These whales also have 39 million worth of Polkadot (DOT), while the second most popular meme coin, Shiba Inu, is eighth in this ranking with $26 million. Cardano ADA and LINK tokens are also ranked tenth and eleventh in this ranking.

As WhaleStats and Whale Alert reported, 5.8 million MATIC tokens were purchased by crypto whales in the last 24 hours. It is also reported that two mysterious Ethereum (ETH) whales, ranked 492 and 494 on the top 1,000 BSC whales list, have bought 2 million and 700 thousand MATIC. In addition, another ETH whale, ranked fourth on the same list, is also reported to have received 26,000 FTX Tokens (FTT) worth approximately $1 million. The tokens that Ethereum whales most transfer and shop with are SHIB, MATIC, FTT and LINK.

When Metaverse Coins Will Rise: Latest in AXS, SAND and MANA!