Home Crypto Whales Are Returning To This Altcoin! 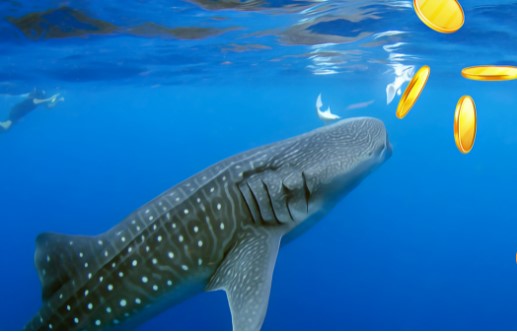 When you invest in a project, the answer to the question of how equipped the team is is very important. Most investors eliminate projects that do not have a well-equipped team from the investment list. Fantom (FTM) had recently announced that two important names in its team had left the project and had lost a lot of value. However, important developments are taking place.

Phantom (FTM) shared the good news of Professor Bernhard Scholz, who will join Phantom as chief research assistant on May 1, 2022, with the community. Talking about Scholz’s capabilities, Fantom states that “his research focuses on smart contract execution, security, and performance. He has published extensively on programming languages ​​and blockchains and has a strong understanding of the Phantom platform.”

prof. Scholz is the co-founder of SUN Microsystems Labs in Brisbane, where he helped create the Parfait bug tracking project, and is the head of Souffle, a language for static program analysis widely used by companies like Oracle to detect security flaws in Java.

The latest announcement is considered very important for the development of the project. Scholz will lead all Phantom research initiatives, including efforts to improve consensus. He will also lead a team of researchers and developers working on a brand new middleware and Phantom Virtual Machine (FVM) to improve smart contract security and performance. So Phantom has gained a highly skilled team member.

Earlier in March, Yearn.Finance developer Andre Cronje announced that, along with developer Anton Nell, they were quitting the project and “terminating” 25 projects. The Phantom Foundation described this as miscommunication in a statement it released. Investors interpreted the statement made by Cronje and Nell as Phantom abandoning DeFi completely. Of course, it was understood in the following days with the statement of the Phantom Foundation that this was an erroneous inference.

According to WhaleStats, FTM has returned to the top 10 tokens bought by the top 100 ETH whales in the past 24 hours and is trading at $1.30 at the time of writing. We should also mention that the number of verified contracts distributed increased from 111 registered in February 2021 to 4,677 in February of this year, a 42-fold increase.

Big News From These 13 Altcoins: Here Are The Critical Developments!

The Cryptocurrency Market Continues to Decline!