Home Crypto Whales Are Pumping Money For Dogecoin and These Altcoins! 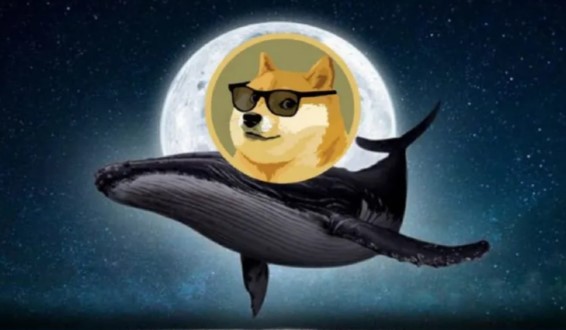 The meme coin Dogecoin (DOGE), which has grown in popularity with the contributions of Tesla CEO Elon Musk, continues to struggle in the bear market, while Binance Smart Cahain (BSC) is also buying from whales, according to data provided by whale watching platform WhaleStats.

BSC whales buy from Dogecoin and these altcoins

The king of meme coins, Dogecoin, has managed to bounce back as one of the most actively bought assets by BSC whales as its price consolidates for the next big move, according to the official Twitter account of on-chain whale watching platform WhaleStats.

Data from on-chain analytics firm IntoTheBlock also shows that DOGE whales have been on the alert in the past 24 hours, with a 24% increase in large transactions. Whale trading is an important indicator followed by investors. That’s because large transaction spikes are often associated with increased activity from institutional players or trading whales. IntoTheBlock considers transactions over $100,000 in this category. Again, data provided by IntoTheBlock shows that Dogecoin (DOGE) profitability is currently at 53% after falling below 50% earlier this month.

Meanwhile, a new one has been added to the real-world usability areas that are also important for the adoption of Dogecoin. Recently, Swiss luxury watch manufacturer TAG Heuer announced that it accepts cryptocurrencies ‘including Dogecoin‘ as payment through a partnership with BitPay.

As we reported on Somanews, cryptocurrency exchange OKX announced the listing of a new Dogecoin trading pair, DOGE/USDC, on spot trading markets. According to the statement, spot trade for DOGE/USDC is expected to start on May 23, 2022.

At the time of writing, Dogecoin was trading at $0.08771, up 3.28%, according to CoinMarketCap data. Dogecoin suffered significant losses in early May, falling as low as $0.065. After rebounding, DOGE encountered a key support at the key level of $0.082 on May 21, rising from the lows and reaching as high as $0.088 today. If he maintains this move, he will have succeeded in marking the third consecutive day in green.