Home Entertainment Whales are not SHIB: Investing in these 3 coins of the Metaverse! 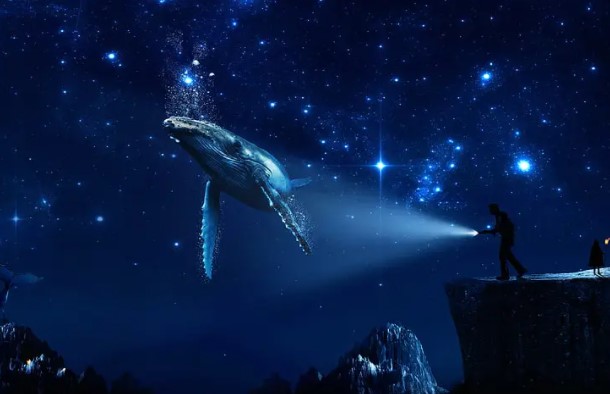 The biggest Ethereum whales always know that investors are watching them. Two giant wallets that came to the attention of WhaleStats bought a sandbox (SAND) for almost $ 24 million, as the price has dropped by 3% in the last 24 hours. It seems that whales continue to hunt for coins of the metaverse with a minimum price instead of SHIB or DOGE.

SAND is the most popular token among whales, not SHIB or APE

According to WhaleStats, two Ethereum whales, Azog and BlueWhale0069, bought SAND for about $22.97 million and $1.76 million, respectively. As a result of this move, the Metaverse coin has risen to the first place in the list of the top 10 coins purchased by the largest ETH wallets in the last 24 hours. Azog also collected 699,999 Enjin coins worth $1.25 million in its wallet. According to the data, whales have been accumulating SAND for some time. Thus, he topped the list of the most popular tokens for the last seven and thirty days. Meanwhile, Sandbox can be seen among the best-selling cryptocurrencies in the last 24 hours, 7 days and 30 days.

The largest position in tokens in dollar terms belongs to the Ethereum whale, which owns SAND in the amount of $ 186.67 million. SAND is only 1.76% of the total assets of this whale. The most popular token among Ethereum whales is FTT. They own FTT worth about $1.8 billion. However, it is worth noting that the largest ETH whales have a higher proportion of Decentraland (MANA) than SAND. MANA is a large metaverse project competing with SAND. It holds a position of $332 million among whale wallets.

According to Somanews, Sandbox has announced its partnership with Ledger, a hardware wallet for cryptocurrency. The team hopes to create a secure Metaverse through enhanced security, training, and user support. According to reports, Ledger will build a hub in Sandbox.

At the time of writing, SAND averaged $3.35. Over the previous seven days, it had lost 4% of its value. According to CoinMarketCap, Sandbox ranks 42nd among the most valuable cryptocurrencies with a market capitalization of about $3.9 billion.