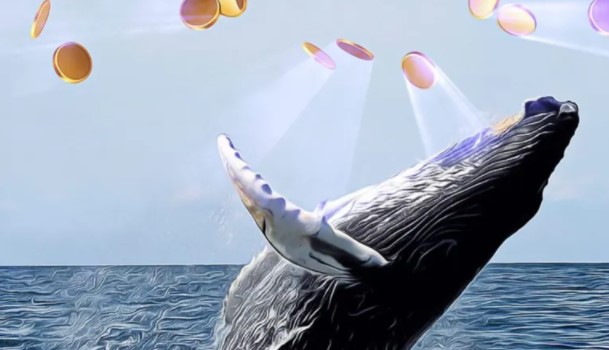 Dogecoin (DOGE) is returning to the list of assets actively bought by BSC whales, while at press time the price of DOGE has dropped over 5% on a daily basis. In the past six hours, anonymous whales have processed more than 20 transactions carrying a total of 414 million DOGE tokens. About 12 of them swiped 30 million DOGE each. The rest each carried 5 million meme cryptocurrencies.

Meanwhile, Dogecoin is back on the list of top 10 cryptocurrencies that the 1,000 largest BSC whales have accumulated recently. DOGE ranks 10th among BNB, MATIC, Ethereum and several popular US dollar-pegged stablecoins ahead of it. Also, this happened as the price of the leading cryptocurrency fell and the altcoin changed hands at $0.1295.

The anonymous wallet that carries a large number of coins to Bitstamp currently only has 45 XRP. According to experts, it is most likely a wallet linked to the Bitstamp exchange, as it constantly processes a large number of transactions from the exchange and is not in contact with other XRP wallets. The second transfer was from the Bitstamp exchange to another anonymous wallet that currently holds 111 million XRP and belongs to an exchange or a large anonymous whale that is actively trading on the Bithumb exchange.

Following the general trend in the cryptocurrency market, the altcoin has lost at least 17% of its previously earned value. The unfortunate conditions of the market caused XRP to drop below $0.7 for the second time since summer 2021. At press time, Ripple (XRP) was trading at $0.6954, down 11.05% daily.