Exoplanets: 30 years ago we were confirming the discovery of the first planet outside the Solar System. And this planet was a little different, because it wasn’t orbiting a living star, it was orbiting a remnant, a pulsar. Remnants are all objects that remain after the death process of a star, such as white dwarfs, black holes and neutron stars.

In the case of jumps, they are a category of neutron stars. After centuries that humanity knew (until then) only 9 planets and all within the Solar System, we were discovering an exoplanet orbiting what was left of a giant star.

The history of human knowledge, from then on, was another. With each new detection, the possibility of life existing in locations other than Earth has gradually shifted from a Hollywood science fiction idea to one of the astronomical community’s greatest expectations. The question is no longer “is there life beyond Earth” but “when are we going to detect life beyond Earth?”

And it feels like we’re getting closer and closer. 30 years later, we have already surpassed the detection of 5,000 exoplanets. It may seem like a big number, but it’s still a very small fraction of our Galaxy that we’ve been able to cover with observations deep enough. At the end of the video below from the Jet-Propulsion Laboratory (NASA), we can see the small fraction we know of our stellar neighborhood.

Detecting exoplanets is not simple. There are different methods that favor the discovery of different types of planets. For example, planets that are larger and closer to their host stars are easier to discover using various methods.

One method of detection is called planetary transit. This event depends on the point of view of the observer, in this case the Earth, and the geometry of the planet. Simply put, the planet needs to pass in front of its star, dimming its brightness temporarily. The difficulty comes with two factors: first, we need to observe at least 3 dips in brightness to confirm the planet, thus establishing the time it takes to orbit its star; second, some orbital periods can take years.

Imagine that an alien astronomer is trying to detect Earth from a great distance. This observer would need to follow the star’s brightness for 3 years, almost every night. Star to star. Thus, the detection of exoplanets would take many years. Even more exoplanets farther from their host stars.

Because of this and other factors, the detection of exoplanets at the beginning of the detections took much longer. Those 5,000 discoveries haven’t happened evenly over the past 30 years. In fact, with events like the launch of satellites like Kepler, the number of detected exoplanets has skyrocketed! That’s because Kepler, for example, monitors the brightness of several stars simultaneously! Making the detection of these other worlds much easier.

The story of exoplanet discovery is fascinating and has changed the way we see the Universe. We’ve discovered giant planets, like Jupiter, orbiting their stars in close proximity to Mercury! We discovered complex planetary systems, like Trappist-1, with 7 planets! We found that the closest star to the Sun, Proxima-Centauri, also has planets! We’ve discovered planets orbiting stars at a distance with the potential to inhabit life!

And we’re just getting started. Instruments like the James Webb Space Telescope (JWST) promise to make it possible for us to study the chemical composition of these exoplanets!

Finally, we can hear how these discoveries have evolved over time. In the video below we have the sonification project of exoplanet detections. At each detection we have a musical note, and the pitch of the musical note is related to the orbital period: higher notes indicate shorter orbits, and lower notes indicate longer orbits. 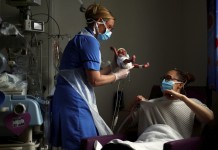