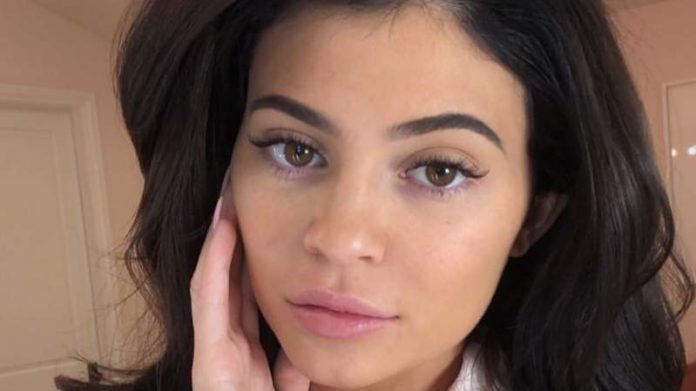 “Wet!” Kylie Jenner shares best photo on instagram. The young businesswoman made an announcement from an immobilizing angle.

Kylie Jenner does not stop for a second with her venture and decided to go further, presenting something new to the consumers of her products.

The Kardashian-Jenner clan member launched a new facial care line that complements the previous one, exclusively for makeup, so she could not ignore this demand.

Made the naughty list this year..♥️ my HOLIDAY collection is around the corner. Who’s ready for the reveal? 🎅🏼 @kyliecosmetics

That is why the millionaire businesswoman did not miss the opportunity to be the visible face of “Kylie Skin”, investing in a simple but impressive photographic production.

With almost two million likes, little Stormi’s mother reaped that amount in just a couple of hours, even Jimena Barón also dedicated a heart to her.

We’re all RESTOCKED on KylieSkin.com 😋💕 @kylieskin has been getting so much LOVE! Just wanted to thank you from the bottom of my heart! I get so so happy to see all the reviews. Enjoy!

Meanwhile, Kylie is ahead and is preparing a special edition of makeup for the holiday season. Leave nothing to chance!

JOOHEON OF MONSTA X TALKS ABOUT HIS MENTAL HEALTH

Emily Ratajkowski returns to New York: she opts for a very...

YOUNGJAE DE GOT7 WILL BE ABSENCED FOR HEALTH PROBLEMS

Scientists Detected Nanoparticles With Fungal Spores In The Atmosphere