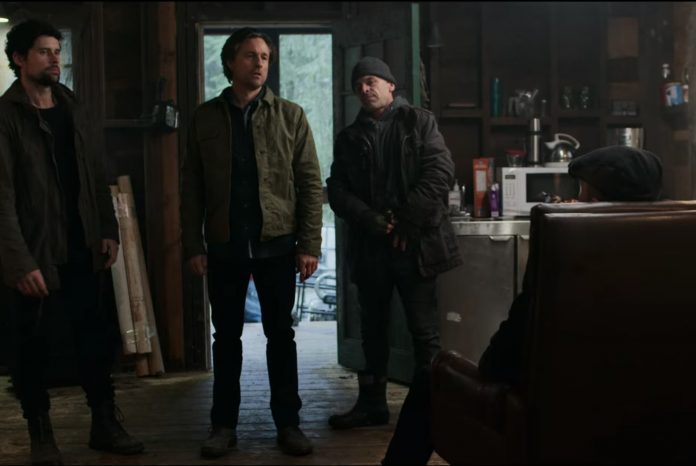 Season 2 of Netflix’s small-town romance Virgin River raised the stakes dramatically with last year’s impressive season finale. In the final moments, Jack Sheridan (Martin Henderson) was left bleeding from a serious gunshot wound, leaving fans with plenty of time to figure out who the culprit might be.

Virgin River fans have outlined a new theory to explain why Jack Sheridan was shot in last year’s shocking season finale. Recall that in the final moments of episode ten, ‘Blown Away’, Mel Monroe (Alexandra Breckenridge) discovered Jack bleeding from a shot to the abdomen at the back of the bar.

Although the couple had just entered the early stages of their long-awaited romance, they could spend much of their early days as a couple in the hospital while Jack recovers. The former marine is expected to bounce back to return to Virgin River season 3, but who pulled the trigger remains a mystery.

Now, a recent theory put forward by fans has suggested that a newcomer to town could be revealed as the culprit next season. They claimed that Vince (Ian Tracey), a Miami police investigator and Wes’s twin brother (Steve Bacic) could play a prominent role as Jack’s assailant on Virgin River’s third season.

Let’s not forget that Wes, Paige’s abusive ex-husband (Lexa Doig), tracked down her ex-partner in the second season of Virgin River to cause her more trauma. When Paige accidentally kills Wes during a violent fight at the top of the stairs, she enlists the help of Jack’s colleague, John Preacher (Colin Lawrence) to help cover it up.

See Also
Mike could be the real father of Charmaine's babies

While Vince and Jack have no pre-existing issues that Virgin River fans are aware of, it is possible that he came to town seeking revenge for the death of his brother. Using his investigative skills, he could have easily tracked down Preacher through his job as a chef at Jack’s Bar.

If Preacher wasn’t there at the time of the shooting, Vince may have mistaken him for Jack, his close friend from his days as Marines. Alternatively, Jack may have found out about Vince’s plans to defeat his friend by his involvement in the cover-up for Wes’s murder, and intervened to try to stop him.

Not wanting to kill an innocent bystander of his revenge plan, Vince could have accidentally shot Jack in the stomach in the fight that followed. Virgin River certainly upped the ante with several twists that surprised fans in the last season, turning its third installment into one of Netflix’s most anticipated series for 2021.