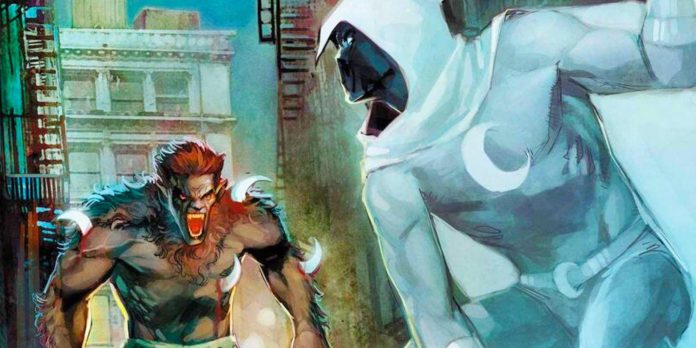 In an exciting announcement from Marvel, it has been revealed that Jack Russell’s “Night Werewolf” is finally returning to face the Moon Knight in the next installment. Following Mark Spector’s recent MCU debut on Disney+, “Night Werewolf” will soon follow suit, getting live action in Marvel Studios’ upcoming Halloween installment. Thus, the timing of his return to Marvel Comics with an epic battle against the Moon Knight could not be better.

Originally, Moon Knight first appeared on the pages of Werewolf by Night #32 by Doug Mench and artist Don Perlin. Hired to track down Jack Russell and deliver him alive to an organization known as the Committee, Spector realized that the “Night Werewolf” was not as evil or monstrous as he was led to believe. Although Mark eventually had his own comic book series, he and Russell continued to date (both rivals and allies). Although Jack Russell has been seen so much in recent years, that will soon change thanks to the MCU, where he will soon be played by Gael Garcia Bernal.

Now Marvel Comics has announced that in the Moon Knight Annual #1 by Jed McKay and Federico Sabbatini, Russell will return to comics to meet Mark Spector. In addition, artist Rod Reis released a brand new issue cover, paying homage to the first appearance of the Moon Knight in Werewolf by Night #32, where he stuck a lot of his silver darts in the shape of a crescent into Russell. Here is the new cover, as well as a synopsis of the Moon Knight #1 double yearbook:

MOON KNIGHT ANNUAL #1. There is a prophecy in the Darkhold about how God can die. Jack Russell, who is most familiar with this cursed folio, would very much like to kill God and save his people, a people slavishly attached to the moon. But the fulfillment of this prophecy requires the blood of Honshu’s Fist, and the Moon Knight does not bleed so easily.

Bound by the moon, to which they are both attached (albeit in very different ways), it looks like the Werewolf, upon the return of the Night, will see him come face to face with the Moon Knight again. In addition, the god in question, whom Russell wants to kill, may well be the moon god Honshu, whom Mark serves. In any case, writer Jed McKay is very happy to show Jack and Mark’s reunion and how they have changed since their first meeting:

“The Moon Knight has changed a lot since he first fought the Night Werewolf, but Jack Russell has also changed, and the opportunity to see how these two interact now, all these years later, was a lot of fun. And Jack is not the only player in the history of the Moon Knight who appears when Federico Sabbatini joins us on another adventure (and I should add that he gets the hell out of it).”

Of course, it looks like the upcoming Moon Knight Annual #1 will be a very exciting showdown that will serve as the perfect preparation for the Halloween edition of the MCU (which will also be released this October). It’s obvious that Marvel plans to do its best with Jack Russell, as evidenced by this new dynamic synergy in the game, and who better to introduce new fans to the “Night Werewolf” than the Moon Knight? The new Moon Knight #1 yearbook is released on October 26.

ITZY Reveals Their Schedule For Crazy In Love And Announces Japanese...