Home Entertainment Wendy Williams’ son responds to the claims, saying he is partly to... 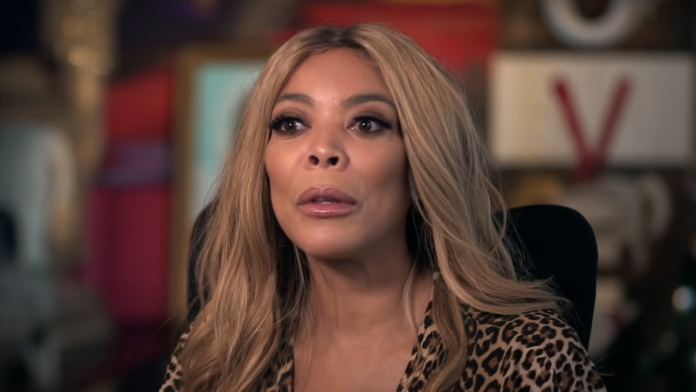 While we’ve been hearing a lot about former daytime talk show host Wendy Williams lately, from her plans to return to the spotlight to how her brother feels about Williams’ proposed marriage, it’s been months since we last heard what’s going on with her financial troubles. Williams has been embroiled in a battle with her bank since earlier this year after the institution froze her accounts, and in May she was appointed permanent financial guardian. Now Williams’ son has responded to claims that he is partly to blame for his mother’s financial problems.

What did Wendy Williams’ son say about his involvement in her financial problems?

Back in February, we learned that Wendy Williams, who has already faced a number of health problems serious enough to keep her from her favorite talk show for the entire season up to this point, was also involved in a fight with her. the bank, Wells Fargo, on her financial accounts. Now we hear that Williams’ son, Kevin Hunter Jr., is allegedly partly to blame for her conflict with her bank, but Hunter recently responded to these claims in a statement to The U.S. Sun, which states:

I categorically deny any allegations of unauthorized use of my mother’s American Express card. This is a false narrative perpetuated to justify freezing her accounts.

So, you’re probably wondering how this alleged unauthorized use of a credit card is related to Wells Fargo cutting Williams off from her money and eventually seeking a court order to have a financial guardian put in control of the star’s accounts (which reportedly made Williams unhappy). There are many parts to this story, so let’s get to that now.

Why is Wendy Williams’ son being blamed for her financial problems?

According to a source in The US Sun, Hunter “spent about $100,000 on Wendy’s personal American Express card,” which was allegedly unauthorized by Williams, and “demanded” that his mother’s adviser pay the bill, not Williams herself, which helped lead to the blocking of her accounts.

LaShawn Thomas, an attorney who represented Williams at the beginning of her battle with Wells Fargo, but no longer works with her, described in detail an incident that took place in January of this year, which, in her opinion, led to a conflict over Williams. Money. According to Thomas, she met Williams and her son at a Wells Fargo branch in Florida a few days before the bank officially denied her access to her accounts.

They were there to get Williams’ bank statements, which were sent to her home in New York, not where she lived in the sunshine state, while Hunter also wanted to set up online banking for his mom during her stay in Florida. The branch manager told them they needed to talk to a Wells Fargo consultant, so he called Lori Schiller, who had been a long-time Williams financial adviser.

Thomas said that when the manager returned to them, he relayed Schiller’s message that she would talk to Williams, but only if she was alone in the room when talking to her. When Williams said that she would at least like Thomas, her lawyer, to be present at the conversation, Schiller did not talk to her, and they had to leave the bank without the information they had come there for. Another source confirmed what happened and that it caused concern because Williams never went to a Wells Fargo branch with others and was looking for details about her finances.

Now it’s worth noting that when we first heard about Williams’ problems with Wells Fargo, it was said that the bank took action because Schiller told officials there that Williams was “not in his right mind,” and now it sounds like it could have been the result of this incident at the branch the bank.

However, it is also worth paying attention to the fact that Schiller was fired by Williams at some point before her accounts were frozen, and the reason for this action, as reported, was “abuse of official authority” on the part of Schiller in relation to Williams’ money, as well as “inappropriate behavior”. in connection with their professional relationship.”

Just a few days ago, Thomas posted on Instagram about the situation with Williams and said that the court “prevented my attempts to communicate with Wendy” because “the judge and Wells Fargo did not want me to participate in this case.” because I couldn’t be bought,” so they argued that there was a conflict of interest with Thomas representing Williams, mainly because she also represents her ex-husband, Kevin Hunter (who made his own statements regarding the mistreatment of William by the producers of her show.).

It was once thought that Wendy Williams would have full access to her money and American Express card by the end of July, but this has not yet happened. Unfortunately, it seems that it will take some time to clarify this situation, but all we can hope for is that all the decisions made will really benefit Williams as she plans her return to her career.

Game Pass For PC On Steam? Valve Is Willing To Collaborate...