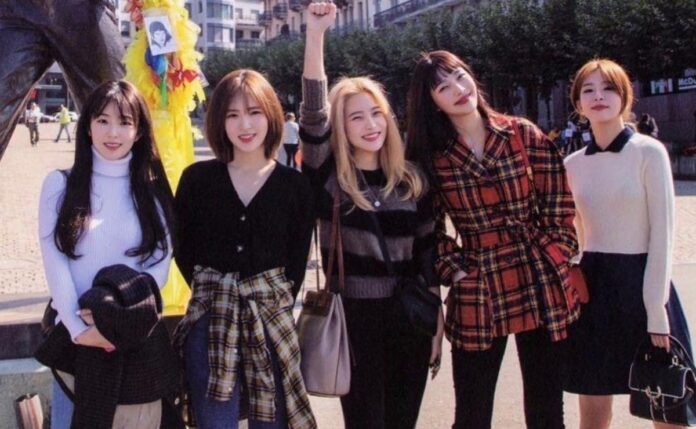 Red Velvet is preparing for their comeback and fans will be able to welcome Wendy, who could perform for the first time with the group with the song “Psycho”.

The SM agency idols have sparked rumors of a possible comeback on the way, although the agency’s CEO confirmed that they will show a much more mature image, there is no set date to release a new album, but they were seen leaving in vans of a studio, Wendy was with them after resuming her idol activities.

After the accident that Wendy suffered in 2019, Red Velvet did not have group activities, although the SeulRene subunit did debut with their single “Monster”, since then, Reveluv has waited patiently for the recovery of the singer, who recently reunited with her fellow members unleashing rumors of their next comeback

Until now, she has not been seen publicly, but Wendy premiered her new OST “Two Letters” for the drama “Start Up”, she also collaborated with Taemin on her solo album and Reveluv captured her with her companions, with an outfit and makeup her performance and the producer of “Psycho” shared that the entire group is ready for their comeback.

The accident that Wendy suffered kept her away from the stage, as she caused a serious fracture in her pelvis, which forced her to take a long rehabilitation, but Reveluv was finally able to welcome her. On her last group comeback, the idol had to absent herself from promotions for “Psycho,” one of her best songs in Red Velvet’s career.

Many fans regretted her absence, but the song’s producer, Drew Scotty, shared a tweet confirming that Wendy, Irene, Joy, Yeri and Seulgi will present the performance together for the first time, rumors indicate that the group could have filmed a concert online of Beyond Live, a project of the SM agency, it is not known if individually or with all its artists.

It is unknown if the presentation will be for the next awards galas in Korea, but the producer expressed her excitement at seeing 5 on stage again, in addition, he assured to be in contact with Wendy, who informed him about her evolution after resuming her schedule. Reveluv looks forward to seeing them reunited after a long wait.

Psycho is one of Red Velvet’s best songs, and its fans celebrated the song’s first anniversary, which has been hugely successful since 2019 and has broken multiple records.