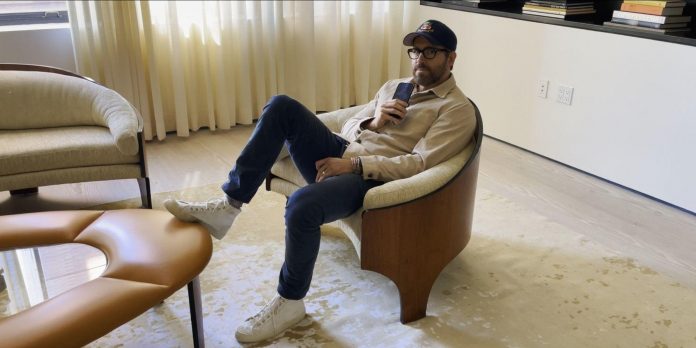 As the season progresses in Welcome to Wrexham, Ryan Reynolds and Rob McElhenny present their club with perhaps the greatest gift that is of great importance for the preservation of the club’s history.

However, the two episodes presented this week are not only about sports and how two men managed to use their influence to get a club in FIFA 23. and also one very special player. “Fearless” is the title of the fifth episode, which perfectly combines images of field battles with the plight of a fan trying to beat cancer.

The man of the hour is none other than Rob Leinton, Wrexham’s goalkeeper since 2018, so anyone who follows the series closely knows that this is a pretty rare feat at these lower levels of football, even for a goalkeeper. Leinton’s profile is also used so that viewers can get acquainted with the subtleties of his position, where just one mistake can be the difference between victory or defeat, promotion or salvation, and fans will completely forget about the player’s stellar game.

The goalkeeper is also one of the most dangerous positions in football, given the number of aerial trials they have to participate in, a topic that does not escape Leighton, who recently suffered health-threatening concussions. Fearlessness is what every goalkeeper needs to command their territory, and the same goes for Michael Hett, frontman of Declan Swans, the local band that wrote the club’s new anthem, “It’s Always Sunny in Wrexham.”

In case anyone is wondering, Hett is alive and well, and the cancer survivor is still actively creating content, and after the premiere of this episode, the group attracted a lot of attention. It is impossible to know at what point in the season these interviews were filmed, but the creative and editing staff of Welcome to Wrexham did a great job linking them together with the key moments of the team.

More than anything else, attracting the attention of the youngest fans, volunteers and the Wrexham community, this episode serves as the perfect preamble to “Hamilton” (no, not Hamilton). The latter makes a small departure from today’s affairs to look back at the club’s more difficult times, when the ownership of Alex Hamilton almost destroyed the historic football team.

At the heart of it all is the Racecourse Ground, the oldest international soccer arena in the world and part of what makes Wrexham AFC special, because let’s not forget that Reynolds and McElhenny have acquired one of the oldest professional teams in the sport. British stadiums are different from most football pitches in the world because they are used exclusively for football, a trait that has allowed architects to gather crowds of people right next to the players, and this is often used in some “Welcome to Wrexham” shots to capture the excitement that brings.

Thanks to this, attending an English football match is a unique experience, which means that the team’s stadium is an essential component of its entertainment and business model. The duo of Reynolds and McElhenny clearly understood this from the very beginning, so they made the return of their stadium to Wrexham one of the main policies before the takeover.

Even some avid football fans may not know that some of the richest and most popular clubs in the world do not own stadiums where they have been playing for decades, such as Inter Milan, Milan, Chelsea and others. even the super-rich Manchester City. Ticket sales for home games are becoming an even bigger slice of the pie in lower-tier football, where revenue from television rights is small, so putting the racecourse back in Wrexham’s hands and the subsequent redevelopment plan is perhaps Reynolds and McElhenny’s most outstanding work. achievements to date.

Despite the fact that the latest episode of “Welcome to Wrexham” could hint at problems in the locker room due to the arrival of goalie star Paul Mallin, the striker’s intervention explains why people will want to work at a less prestigious club, Wrexham is something. special. Reynolds and McElhenny gave this nameless football team hope, attention and the opportunity to attract the attention of potential supporters around the world, especially Deadpool fans.

Regardless of whether this allows a young boy from Wrexham to use his team in FIFA, or simply ensures the financial stability of the team, this spirit of “It’s Always sunny in Wrexham” is reflected in his lyrics. The episode ends with images of Wrexham’s planned 5,500-seat new grandstand, the Copa, and while bureaucracy may slow its construction, this shiny black structure fits perfectly into the racecourse and the rest of the club’s history.

Love & Thunder solved the dispute between the Avengers and Guardians...