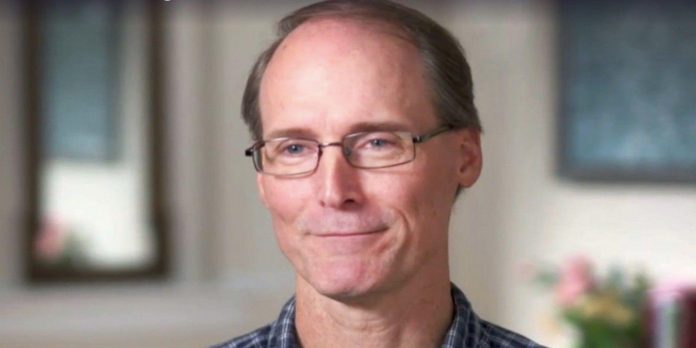 Barry Plath from “Welcome to Plattville” is a man of few words, but it is obvious to the audience that he is lonely. The patriarch sat idly by for three seasons while his wife Kim Plath took control of the family home. Now Barry is left without a wife, which made fans wonder how he would cope with his new life without Kim.

As fans of “Welcome to Platteville” know, Barry is not outspoken and is not an alpha male. Although he has always been proud of his extended family, it is usually more convenient for him to give the initiative to Kim when it comes to making decisions. During the first three seasons, Barry seemed creepy to fans who were shocked by the way he talked so condescendingly to Kim and his children. After the premiere of the 4th season of “Welcome to Platteville”, fans saw that there were problems at home. Barry became depressed after learning that Kim was reconsidering her marriage. Now Barry may have to figure out how to be single again, and he doesn’t seem ready.

During the last episode of “Welcome to Platteville”, viewers could tell that something was wrong with Barry. During a heart-to-heart conversation about the state of their marriage, Barry revealed that he actually feels very lonely. During the meeting, Barry revealed that he feels betrayed by Kim, telling the cameras that he never thought their relationship would be “shaken.” While Barry from “Welcome to Platteville” feels like he’s going through a Shakespearean tragedy, Kim seems to be coping. Barry admitted that he could see that Kim felt trapped in their marriage, but that he didn’t want to be alone.

As the conversation continued, “Welcome to Platteville” fans could see Barry getting more frustrated when he asks Kim why she’s so selfish. Barry seems to be struggling to maintain his relationship, but Kim continues to resist. Viewers believe that Barry will have to start coping with loneliness sooner or later, because it doesn’t seem like Kim wants their relationship to work. Even though Barry is currently heartbroken, at least his kids seem to be supporting him.

Welcome to Plattville! Fans are still trying to figure out if Kim and Barry’s separation is a reality or a ploy for the storyline. The couple always seemed very happy, and Barry never had any problems supporting his wife’s decisions. Although Kim may be having a midlife crisis, she clearly harbors feelings for Barry. Most fans hope that they will be able to solve their problems, but only time will tell if Barry will soon become the party of one person, not two.

Edgar Wright Thought Aubrey Plaza Would Be the Next Lara Croft