Home Celebrity Welcome to Plathville Chronology of the relationship of Moriah Plath and Max... 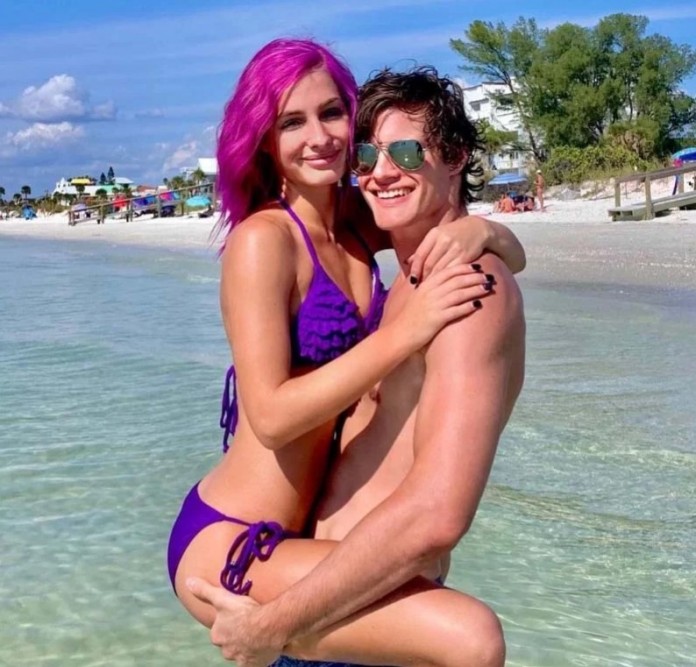 From her first kiss to her first breakup, “Welcome to Plattville” fans are investing in Moria Platt and her relationship with Max Kalschmidt.

TLC viewers met Kalschmidt in the second season of the show, which aired in 2020. Things got serious by the third season when he made a promise to the reality TV star when they were getting ready to live together.

At the time, Moriah noted that she “learned so much about herself in this relationship” after being afraid to “let anyone in.”

She added, “If [he’s not the Chosen One], I’ll just be lonely for the rest of my life.”

When asked about concerns that the couple was moving too fast—as this was Moria’s first relationship—her brother Ethan and his wife Olivia Plath told Us they approved of the romance.

“She talked to a bunch of different boys, and I think Moriah [is] the one who knew what she wanted. And she had so many guys who wanted to date her, take her with them and all that. And she said no a lot,” Olivia said in August 2021. — And watching her go through this process, knowing what she wants and expecting it, and then seeing [Max] do it all, do his best and love her so well, it makes me very, very happy for them. And I hope they stay together, but also, for example, she also knows that if it ever didn’t work out and she wanted something different, we would support her in that as well.”

However, before the end of the year, there were rumors that the couple had problems. When “Welcome to Platteville” returned for season 4 in the spring of 2022, both Moriah and Kalschmidt confirmed the split, and he admitted he was to blame.

“I screwed up, man, really bad,” he told Micah Plath on an episode in May 2022, feeling emotional. “I have a good friend who is much older than you and me. We worked together, and we kind of celebrated his retirement at his house, and he invited his girlfriend, and I knew he liked it. And so I tried to be his wingman. And that’s why I went too far. I was just flirting with her and it made her think she could try to kiss me, which she did.”

Scroll through the chronology of Moriah and Kalschmidt:

Moriah introduced fans to Kalschmidt in the second season.

“He’s a really nice person,” Moriah told Us about her man in August 2021. “He’s so happy—and he kind of solves problems, not creates problems. … I’m also so lucky with all the dramas, all the disagreements in my family, [that I] found someone [with whom] my family has ever had problems.”

In the third season, Kalschmidt promised her a ring, as they planned to move to Tampa together.

Rumors of a split arose when they stopped posting together on social media.

Moriah released a song that sparked rumors of a split. “Like heavy chains pulling me / I’m letting you pull yourself together. / But that doesn’t mean / You can control who I will be,” the text says. “Here are the reservations I made/With my new therapist/Moving on with my life/Now I’m just killing it.”

Kalschmidt admitted via YouTube that their relationship ended because he “crossed several boundaries” with another woman.

“So a couple of weeks after I moved to Tampa, Max called me one night and just said he made a mistake,” Moriah explained at the Season 4 premiere. “I won’t go into details. I’ve been in a dark place ever since… It’s very painful, especially when you think that you found the one and you had all these plans forever, and it turns out not to be true.”

She continued, “It definitely made me feel useless. It made me feel like I poured out everything I had from my heart to be treated like I could just be exchanged for anything.”

Lady Gaga postpones the premiere of her album ‘Chromatica’