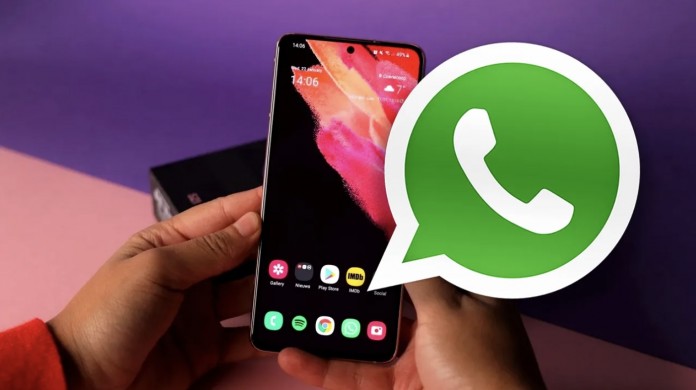 Galaxy S21 users with Android 12 are complaining about green lines in videos sent via WhatsApp.

After the release of Android 12, manufacturers began to offer the update to smartphones. The stable version of the operating system first came to Google Pixel 6 and 6 Pro users. Samsung, which has been in beta for a long time, has completed the testing of the Android 12-based One UI 4 user interface. It gradually shipped to Galaxy S21 owners last week.

Other manufacturers, including OnePlus, OPPO, Xiaomi, continue testing under the beta program. Some phones with Android 12 have had a strange issue when sending videos via WhatsApp. Users have started complaining that a green line appears on the left-right or top-bottom edges of videos.

Green lines appear on the vertical and horizontal edges of the videos sent from the Gallery section in WhatsApp. Reports shared on Samsung community forums and Reddit mostly pointed out that the issue is occurring on Galaxy S21 devices with Android 12. A user took a screenshot of the problem and posted it on his YouTube channel:

According to the information provided by SamMobile, the same problem does not occur when sending videos from the Document section of the WhatsApp application. The biggest difference between Document and Gallery; WhatsApp compresses videos sent from Gallery on the server to reduce their size. When sent from the document part, it does not apply compression. Also, the quality of the video does not decrease.

In addition to the Samsung Galaxy S21, WhatsApp has not yet made a statement regarding this problem, which also affects Google Pixel 6 and OnePlus smartphone owners. However, the green line is estimated to have occurred as a result of an error from WhatsApp during compression. For this reason, users are advised to send from the Document until the problem is fixed by the company.

In October, Google Pixel owners started having serious problems with their phones after installing the Android 12 operating system. Dozens of users, who stated the problem on Google’s official support page, rebelled against the company by reporting that the applications suddenly crashed after the update.

A Pixel 4a (5G) user named Sarthak Bhatia stated that the applications crashed after installing Android 12 and that the phone’s battery was drained faster than before. On the other hand, a Pixel 4 owner reported that the face unlock feature did not work after the update.

So, have you had any problems with your smartphone with Android 12 installed? You can write them in the comment field below.