Home Health Weird patient: he survives a huge stake driven through the skull 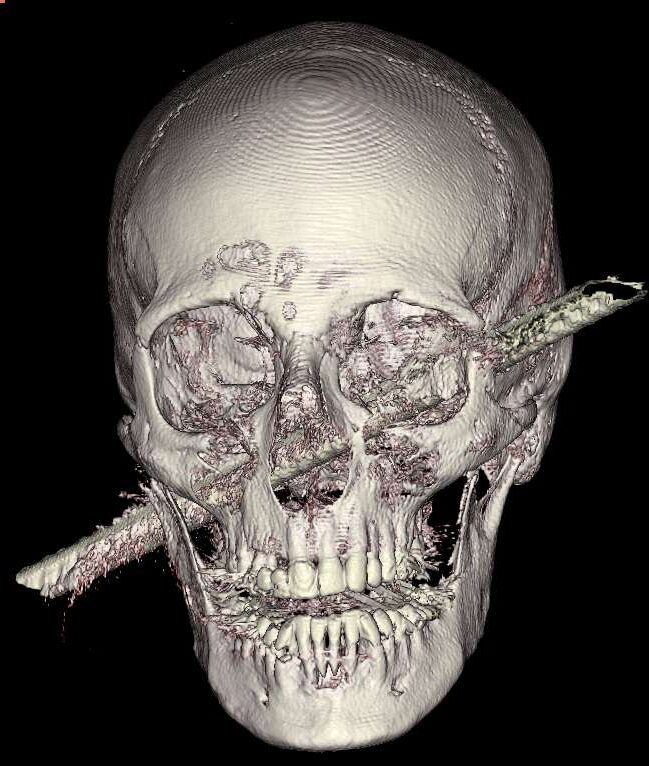 “Miracle in Jerusalem” headlined the Jerusalem Post newspaper on May 13. This is indeed an almost desperate case faced by the doctors of the Hadassah Medical Center: a 46-year-old man with a metal rod 50 centimeters long diagonally embedded in the skull.

In this month of April 2020, Kamel Abdel Rahman visits his future apartment still under construction, when he takes the wrong path and falls from the second floor. Its head is embedded in an enormous metal rod of 50 centimeters, which crosses its skull from the right orbit to the left jaw. “I couldn’t move anymore; I shouted for help, ”said the 46-year-old man in the Jerusalem Post. Curiously, Kamel Abdel Rahman remains conscious and claims to have felt no pain. “I remember the horrified expression and the screams of my family who came to my rescue; I then understood that it must be serious. ”

As his condition deteriorates rapidly, the man is transported to the Hadassah Medical Center, in the neurosurgery department. After making sure he is still breathing, the doctors practice a battery of medical imaging tests to visualize the position of the nail in the skull from every angle. “Luckily, the nail had just entered between the two main carotid arteries that supply oxygen to the brain,” said Samuel Moscovici, the neurosurgeon who took care of it, in an email to Futura. But the damage is considerable: “The entire base of the skull was fractured and cerebrospinal fluid leaked abundantly from his nose.”

The team then delicately extracts the nail and damaged pieces of flesh. “A very delicate operation because it was not necessary to touch the two arteries of the carotid artery, in a region difficult to access”, says Samuel Moscovici. Once the metal rod is removed, his colleagues in vascular neurosurgery perform a cerebral angiography to assess the intracranial and extracranial arteries affected. The examination, which consists of introducing a contrasting product via a catheter into the groin, reveals several injured arteries, which the doctors are working to repair one by one. The patient is then almost stabilized, but not saved, because the tissues of the head are still completely shredded. “We closed the area and waited a few days for the swelling of the head to decrease, so that we could re-analyze the situation and repair the serious damage caused by the injury,” said Samuel Moscovici in the Jerusalem Post.

Ten hours of operation to fill the holes

The second operation, which will last more than 10 hours, is performed via an endoscopic probe so as not to inflict additional trauma on the patient. Surgeons remove fat and muscle from the abdomen and leg to repair the base of the skull and stop the leak of cerebrospinal fluid. “We had to work in critical cranial regions, with structures completely deformed compared to classical anatomy, explains Samuel Moscovici. After the operation, we were rather optimistic but we did not know in what state the patient was going to wake up. ”

Against all expectations, Kamel Abdel Rahman wakes up perfectly and everything seems to be working properly. “The fact that the stem did not cross a major artery and that the cerebral lesion did not touch a speech area undoubtedly allowed this good recovery”, explains Samuel Moscovici. Three weeks after his accident, the miraculous was able to return home.

“I have operated on numerous head injuries and complex brain tumors, but this is the first time that I have been confronted with such a truly impressive case,” concludes Samuel Moscovici, still delighted to have succeeded in such a success. miracle.