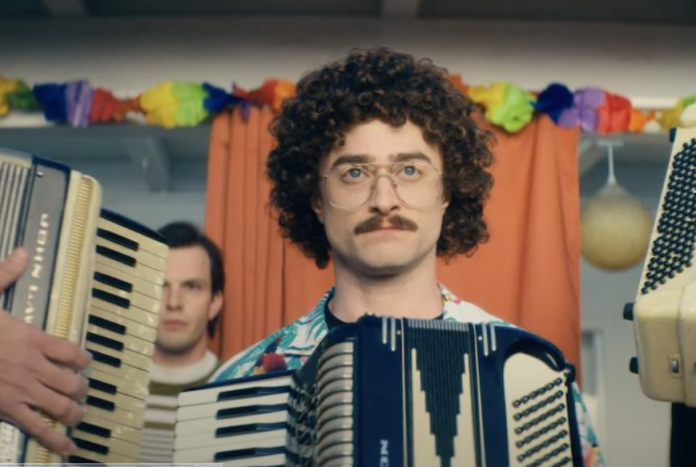 “Weird Al” Yankovic said that, in his opinion, Daniel Radcliffe would be an excellent choice for the lead role in his new biopic “Weird” after seeing the actor sing on a talk show.

Speaking to NME in a new interview this month, alongside Radcliffe and Weird director Eric Appel, the Harry Potter star admitted he was surprised when he was considered for the role. “When they approached me, I thought: “It’s really cool, but I feel like there are people who are closer to Al physically,” he said.

“I didn’t understand the essence of the film at all. Then I started reading the script and realized, oh, naturalism and precision are not part of their game.”

Yankovic further explained that he decided that Radcliffe could be suitable for this role after seeing him on the Graham Norton show singing an unusual song in front of Colin Farrell and Rihanna more than a decade ago.

“He performed Tom Lehrer’s ‘Song about Elements,'” Yankovic said, referring to the tricky song in which the name of each element in the Periodic Table is checked. “You have to be a big nerd to remember that. I thought: “Here’s a soul mate. This guy understands.”

Watch the clip, including Radcliffe’s impressive verbal gymnastics, below.

Radcliffe also said that his girlfriend and her family’s love of Yankovic’s musical parodies served as additional motivation to take on the role.

“It was then that my acquaintance with society began… Al’s soundtrack will be played on every trip or Christmas. There is a lot of Al in our life,” he explained, adding: “If it wasn’t good, I would never be able to listen to Al again, but I could also be single, and I would certainly never be allowed to see my husband’s relatives.” again.”

In a four – star review , Weird NME wrote: “Sometimes it’s all too annoying. The constant mocking admiration for Al’s lyrical prowess is exaggerated — and the desperate need of Yankovic’s co-author to show that he is aware of the joke quickly becomes tiresome. And yet Radcliffe’s winning performance—as a stupid high school student who won the lottery—is enough to make everyone laugh.

“To top it all off, there are bizarre cameos to this album, including a really ridiculous Andy Warhol impression of Conan O’Brien, and you’ll get a cult classic in the making.”