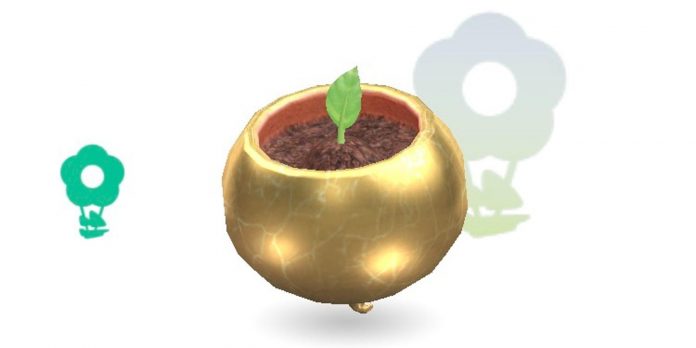 Pikmin Bloom is constantly evolving, adding more activity related to real exercises, just like Niantic’s other Nintendo-themed Pokemon GO mobile game. Unlike the last title, which has almost 1,000 potential monsters that will appear in Pokemon Scarlet and Violet, Pikmin Bloom was launched with all seven major Pikmin colors available, leaving little canonical material to add, apart from minor cases like Bulbmin from Pikmin 2. Instead, Niantic has released new types of decor so that players will continue to hunt pikmin in their areas.

Many of the standard decor elements added to Pikmin Bloom have become more interesting since it was launched last October, for example, “train station tickets”, which vary depending on where players find them, or “leaf caps”, which appear only on rainy days – recently updated, so they will be “easier to get”. Others appeared only for a limited time, the latest example is the “Chess Piece” decor, available from July 18 to 31 in honor of International Chess Day. Exclusive to the event, Huge Seedlings appear as usual during this period, but Niantic is also experimenting with Golden Seedlings that can be used for more in the future.

At its core, Pikmin Bloom is a walking game. Different locations of the real world are divided into categories, so the seedlings found there will grow into pikmin, who collect a unique decor. Pieces of fruit can also be found everywhere, and feeding a pikmin with fruit nectar gives flower petals. Up to 60 coins a day can be earned by planting flowers while walking, which is otherwise a microtransaction currency used to buy items in the in-game store or to recharge a Detector that is looking for new seedlings.

This gameplay cycle has remained unchanged, although additions such as weekly challenges in May 2022 have done more to encourage participation and community building. As the name suggests, weekly challenges began as a way for up to five players to team up and achieve a collective goal each week. Initially, these trials offered only petals and nectar, but Niantic has since offered new items such as outfits for Mii characters. A second category of weekly flower planting tests has also been introduced, allowing groups to achieve multiple goals at the same time.

Golden seedlings can be much larger

During the International Chess Day, Pikmin Bloom players who have completed any of the Weekly Challenge categories will receive a completely new type of Golden Seedling, which is guaranteed to provide the decor of a chess piece in just 100 steps. Given that it usually takes 10,000 steps to mature huge seedlings, golden seedlings are much easier to remove from the list of unfulfilled tasks, despite how long it may take to complete weekly tests. Since players can simultaneously hold one golden and event huge seedling, this also mitigates past problems associated with the special decor being a bottleneck.

There are only four Pikmin with chess pieces — yellow, blue, white and purple — so theoretically having two chances at a time will make it easier for players to collect all the decor (and Niantic says they “will be available again in the future”). However, the Golden Seedlings concept should not end there. Seedlings from different locations can become a regular reward for weekly trials, even if they are options that do not grow in 100 steps.

One of the main problems with the “collect them all” model in Pikmin Bloom is how many places will be tied to the region. Pokemon GO is arguably worse when it comes to region-exclusive monsters, given that Pokemon like Tropius are tied to certain continents, in this case Africa. However, depending on where someone lives, it may be easier to find a pickmin “Clover” in the park than a pickmin “Shell” on the beach. Randomly sorting through the rewards in the form of decorative seedlings every week, players will have another reason to unite and perform weekly tests without violating the attractiveness of the game, giving away all its collectibles in one fell swoop.

Pikmin Bloom is now available on Android and iOS devices.

xQc artwork is censored by administrators at r/Place