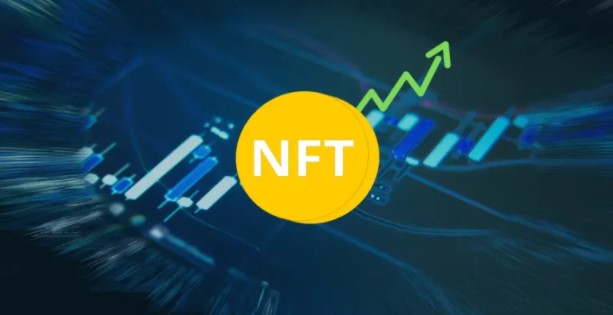 After listing the most important altcoin news of the week, let’s take a look at the latest developments from NFT tokens and collections before the new week starts. Here is the weekly NFT report…

Bored Ape Yacht Club designers Yuga Labs has released a joint announcement with Larva Labs that Yuga will acquire two of the biggest projects in the NFT space, CryptoPunks and Meebits. While terms have not been disclosed, Yuga is believed to be willing to invest in securing these projects, and the team at Yuga has reported that they plan to allow individual Punk and Meebit investors to be granted monetization rights.

Chinese internet and technology company Baidu has deployed 20,000 NFTs in the past few days and will launch several thousand avatar NFTs in the next few days. NFTs run on Baidu’s own ‘Super Chain’ private Blockchain network.

Australia-based NFT startup Immutable X has completed its latest round of funding, raising $200 million in a Series C round led by Singapore’s state-owned investment firm Temasek. Financing has earmarked over $1 billion in funding for the firm. Additionally, Immutable has partnered with GameStop as gaming has gained a strong foothold in the NFT space.

According to a recent report, the trade volume of NFTs in 2021 has exceeded $18 billion. That compares to just $82 million in 2020, when the spring of 2021 serves as a signature growth moment for the space.

A hip-hop legend has teamed up with the growing, music-first NFT platform OneOf for his first involvement in NFTs. OneOf operates on Tezos, and the announcement was made on the 25th anniversary of Biggie’s passing. According to the announcement, a portion of the proceeds from NFTs will benefit the community-focused Christopher Wallace Memorial Foundation. The NFT series is inspired by the platinum-selling artist’s career and his latest album, “Life After Death.”

LimeWire is making a comeback with an NFT platform built on the LMWR token. NFTs on the platform will be labeled ‘artifacts’ and are expected to be available to the market sometime between May and the end of the year.

A new one has been added to the NFT and metaverse studies carried out in Turkey, which we have quoted as Somanews. The topic of “Technology Impact in Culture and Art: NFT” announced in August 2021 is being discussed again. The topic of NFT effect in culture and art, which was discussed at the Artificial Intelligence Summit, was held with the participation of Birol Güven, Aysun Öz and Deputy Minister of Tourism Özgül Özkan Yavuz. Among the leading topics were the contributions of NFT technology to the artists.

Giant Model for Dogecoin and Ethereum: These Are Awaited!