Home Entertainment “Wednesday”: Netflix Wanted to Cut a Character-Defining Line From The Show 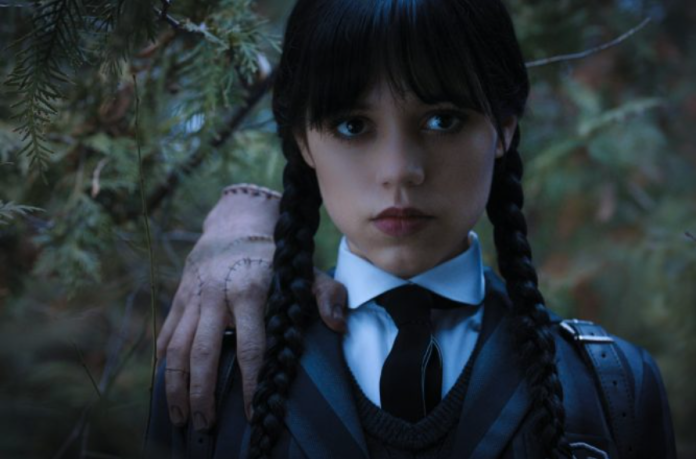 The creators of “Wednesday” Alfred Gough and Miles Millar said that Netflix wanted to cut a line defining the character from the series.

Speaking to IndieWire, the couple behind the new Addams Family spin-off said they were keen to add a new dimension to the main character (played by Jenna Ortega) by giving her a lot of time away from her family since she enrolled in a rogue school.

However, one thing they’ve certainly retained is the grim nature of Tim Burton’s original TV series and films. And when Netflix insisted on changing a certain piece of dialogue, Gough and Millar resisted.

The phrase in question arises when Wednesday’s roommate Enid (Emma Meyers) encourages her to “try to chat,” to which Wednesday replies, “I like to prick.”

Elsewhere, Ortega recently revealed a line from the show that she will “remember for the rest of her life.”

In the first episode, when Wednesday meets Enid at Nevermore Academy, her mother, Morticia Addams (Catherine Zeta-Jones), explains that her daughter is “allergic to color.”

When Enid asks what is happening to her, Wednesday answers: “I get hives, and then the flesh peels off my bones.”

Speaking to USA Today about the first reading of this line, Ortega said: “I will remember this for the rest of my life. I don’t know, maybe it’s meat. It really got to me.”