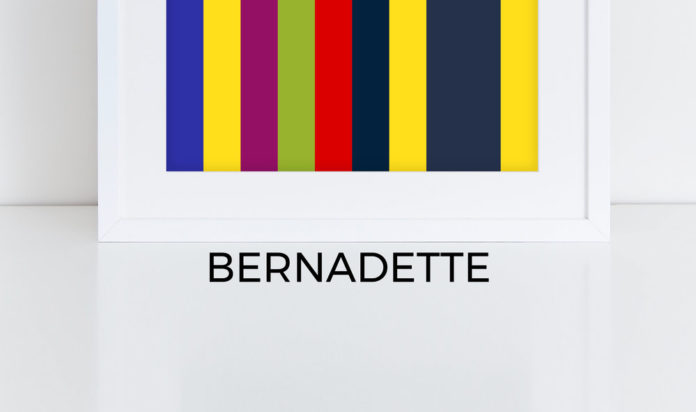 “What color is your name?” Bernadette Sheridan, who made use of synesthesia known as the intermingling of the senses. He developed a website named. When you enter this website and write your own name, you can view the colors that represent each letter of your name.

In parallel with the internet, an immense environment and the widespread use of the internet, the number of sites on the internet is increasing. Internet users can access millions of websites in seconds to both have fun and access to the information they seek.

The developers are developing interesting websites that do not have much function from time to time but that provide short-term pleasure. This website, which is the subject of our news, shows what colors your name is. This explanation may have been somewhat pointless by itself. However, when you listen to the detailed explanations of Bernadette Sheridan, the developer of this website, the project in question is extremely remarkable.

“What color is your name?” By Sheridan The website named puts a special color tone for each letter in your name. Thus, you can clearly see what colors your name consists of. The point to note here is that the colors assigned to the letters are not random. In other words, letters and colors are prepared in a certain systematic order.

Bernadette Sheridan says that before developing this website, she completely confused the names and could not keep them in her memory. Benefiting from a situation called “synesthesia”, Sheridan starts to not forget the names and shares this with other people. As a result, the website named “What color” is your name.

See Also
How to find out who owns the website?

What exactly does the sitesthesia state mean?
We can describe what we call synesthesia as the interference of people’s senses. So people can see a voice or hear a color. This situation is called synesthesia and there are many people in this situation. However, people who often experience such a situation cannot be fully identified.

Research by scientists states that people suffering from this condition often say the same color for the same letter. When these studies are combined, a letter-color scale emerged, and Sheridan created a website that uses this scale. However, it should be noted that synesthesia can appear not only between letters and colors, but also with numbers and colors or something else.

If you can not save the names in your memory or if you think the synesthesia you have just learned may be in your own hands, you can easily learn both the names you cannot remember and with which colors your own name is represented. Thus, you may have made your own determination about synesthesia.