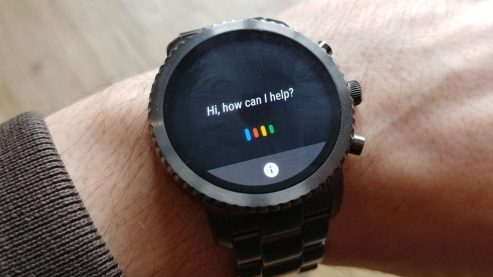 Wear OS will increase your music enjoyment. Speaking during the keynote of Google’s I / O 2021 event, which started on Tuesday, Spotify’s product leader responsible for cars and wearables announced that an exciting new feature is coming to Wear OS devices. Spotify’s 356 million users will be able to download music directly to their watches and listen without carrying their phones with them.

This feature has not yet been included in the announced new design, but Spotify noted that work is currently underway. The announcement came with Google’s announcement that it will merge Wear OS with Samsung Tizen. In Tuesday’s I / O keynote, Google promised that the updated operating system will bring faster performance and longer battery life. All of this remains a problem for Wear OS watches right now.

On the other hand, the YouTube Music app will similarly add the ability to download music tracks directly to Wear OS devices. Thus, it will allow users to listen to music without a smartphone nearby.

Google’s smartwatch operating system lagged behind Apple in many ways, including offline music streaming. Apple Watch has been able to play songs downloaded to the watch via Apple Music while away from the phone for years. We’ve also seen that before Google’s own Wear OS operating system, it released the YouTube Music app for Apple Watch. When Gizmodo published an article on how to listen to music without phones on smartwatches in November last year, he described a method for Wear OS that behaves more or less like an MP3 player and requires the transfer of local music files that you already have.

Since the shutdown of Google Play Music, Wear OS users haven’t had many options for offline music. But now, Google’s Wear OS watches can take the Apple Watch a step further when it comes to playing Spotify tracks offline. An active internet connection is required to listen to Spotify tracks on Apple Watch. In the past, some other watches also featured offline Spotify playback, like Garmin’s flagship Forerunner sports watches and some Samsung Galaxy wearables.

You can take a look at Spotify and YouTube Music app introductions yourself at the special session organized by Google for Wear OS in I / O 2021. In the video below, the YouTube Music announcement starts at 2:38 PM and the Spotify demo starts at 12:50.