Home Celebrity “We take care of mom” — Ryan Reynolds tells how he and... 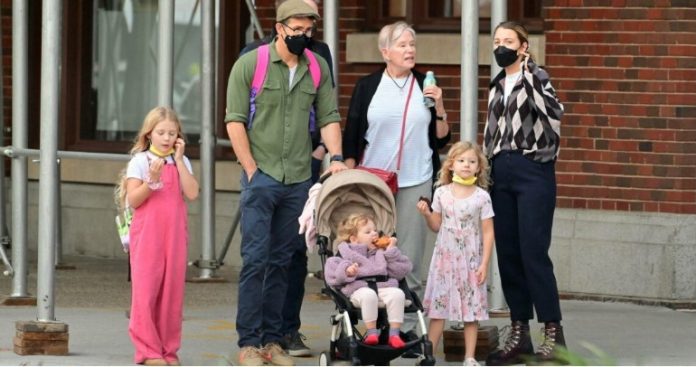 Ryan Reynolds tied the knot with Blake Lively after a whirlwind romance in 2012. They have three daughters and they are going to become parents for the fourth time. During a recent interview, the star spoke about the preparations that are going on at home to welcome the new Reynolds.

The star is currently promoting his first musical with Will Ferrell, Spirited. The film is based on the novel A Christmas Story by Charles Dickens. He also recently hit the headlines for supporting Wales over the USA at the 2022 World Cup. All this on the one hand, and the preparation of the actor and his family for their new member on the other.

During a recent interview, the “Deadpool” star shared that they take very good care of Blake Lively. Not only he is involved in this, but also his children. He shared that he and his three daughters are constantly rallying around the “Simple Service” star. Ryan Reynolds has never hidden his romantic relationship with Blake. But it turned out that he passed this trait on to his children as well.

“We all unite around her and help her where we can, and do romantic things for her. And, you know, we take care of Mom,” he said.

It looks like a family of five is very happy to welcome a sixth member!

Lively showed off her tummy in September at the 10th annual Forbes Power Women’s Summit in New York. The couple had previously mentioned that they were “breeders”. Since Lively and Reynolds come from a large family of siblings and cousins, they wanted the same for their children.

Netizens are interested in finding out the gender of their fourth child. However, the couple remained silent about this. They claimed that it was also a surprise for them. The mercenary with the mouth actor has already stated that he is expecting a girl again, because he loves to have daughters. He likes a quiet home environment!

Do you think the couple will have a girl again? Write down your assumptions in the comments section.