Home Entertainment We own this city against the wire: which is better? 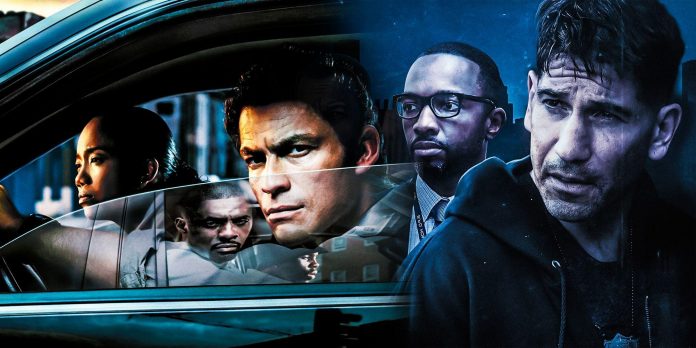 Both “We Own this City” and “Wiretapping” are cult shows in their own way. We own this town is a sobering, dumb miniseries. The real story of police corruption, staged and assembled by the cult duo George Pelekanos and David Simon, who together with The Wire laid the dramatic foundations of the project. Both take place in Baltimore, both reveal the ugly side of policing and the institutions that provide it, and both are written by Pelecanos and Simon, comparisons between them have always been inevitable. The entire Wiretapping series is a cultural juggernaut, and choosing the best show between them seems unfair. But there are certain features that elevate one above the other.

“Wiretapping” first aired in 2002 and lasted five seasons. Initially focused on the Baltimore Police Department and its investigation of the Barksdale family drug trafficking case, in subsequent seasons it expanded to cover several institutions and their relationships with the police. The show was extremely complex, and Pelecanos and Simon put a lot of effort into realistically portraying the futility of police work, the lives of those caught up in Baltimore’s criminal milieu, and the language they used. This push for realism and his drawn-out approach to storytelling-Simon wanted the show to be “novel”, with a lack of exposition and each episode representing a chapter in a wider arc – initially “Wiretap” gained few views. However, it has since been met with critical acclaim and named one of the best crime dramas ever created. On the contrary, We Own This City is a spiritual continuation The Wire, again based on the Baltimore Police Department, but this time based on a true story involving the Gun Tracking Task Force (GTTF). The show is centered around the sergeant. Wayne Jenkins (Jon Bernthal) and a group of six police officers whose increasingly corrupt actions eventually lead to imprisonment for racketeering. The real story itself is an example of police misconduct and how the law enforcement system can allow corrupt officers to operate unhindered for years.

We own this city relies heavily on this critique of the Baltimore Police Department and uses a flashback format to illustrate how Jenkins got out of control. Its focus is more dense than The Wire, but still covers various characters from the political sphere and several factions of law enforcement agencies. Both “We Own this City” and “Wiretapping” successfully paint a rich picture of police corruption, which takes place in a city close to the hearts of both Pelekanos and Simon. Nevertheless, thanks to its ambitions, cast and content, “Wiretapping” still comes out on top. That’s why The Wire is better than We Own This City.

Never has a show or series covered more issues in one area than “Wiretapping.” The political and legal institutions that govern Baltimore are laid bare during five seasons of criticism and admiration of the city. It begins by examining the impact of drug trafficking on the poor in predominantly black urban areas of Baltimore and develops in the second season into a study of the working class in and around the city’s docks. The show touches on the politics that cause problems lower down the social ladder, and their impact on urban schools. The fifth and final season explores the inner workings of a fictional newspaper, determines the role of the media during the important events of The Wire and their impact on Baltimore. The common thread in all this is the involvement of the Baltimore Police Department. The scope of “Wiretapping” is huge, and “We Own This City” was always going to struggle, with only six episodes to fight it. While his attempts to include a broader GTTF investigation are admirable, some storylines cause difficulties due to the shorter execution time. Including the introduction of Erica Jensen (Dagmar Dominchik) as one of the FBI agents tasked with investigating Jenkins and his team.

Both shows involve a large acting ensemble. However, the actors and characters of “Wiretapping” went beyond the show and became household names. The strong hitters include members of the Barksdale family; Stringer Bell (Idris Elba), a professional career criminal, and his more violent and vicious boss Avon Barksdale (Wood Harris). A constant thorn in their side was the iconic Omar Little (Michael K. Williams), a robber. A complex, multi-layered character, not tied to anything but himself. In a role that could be called one-sided, he gave “Wiretapping” a multi-layered, cruel, but gentle game. Dominic West as Detective Jimmy McNulty brought the Wiretap as close as possible to a lead, but the series never stopped giving players episodic roles to prove themselves, and there was no shortage of notable, iconic characters.

Cobra Kai: Tanner Buchanan is sanctioned for behavior we all suspected

Fan art of the Joker 2 with Lady Gaga and Harley...