Home News We only used Tik Tok instead of Google and YouTube for 1... 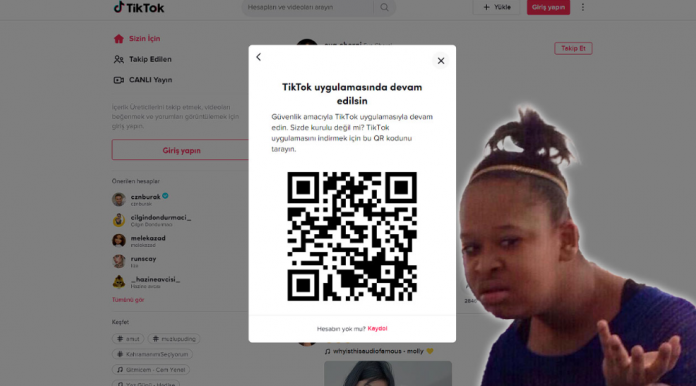 TikTok, one of the most popular platforms in the world, has also started managing social media apps in recent years. So, can TikTok compete with YouTube and Google with the content and algorithms it offers its users? We have reviewed it for you.
Although Musical.ly , which entered our lives in 2014, was conceived as a social network where you can shoot “your own music videos”, recently it has become a platform where people arrange “challenges” and upload dance videos. Later, this platform was literally transformed and in 2016 became available under the name TikTok.

TikTok, which has undergone major changes since 2016, has allowed Instagram and YouTube to “copy” themselves thanks to its algorithm and the success of the short video system. According to some experts, TikTok, aiming to offer more than challenge and dance videos, is a candidate for the role of YouTube and Google of the future. So, is a Chinese-based social network really as effective as Google and YouTube? To find out, I’ve only been using TikTok for the last 7 days, instead of searching for information on Google and YouTube. Let’s see together what happened during this experiment.

The experience of the first TikTok user:

To make the experiment fair, I opened a new Google account instead of an actively used Google account. Since I’ve never used TikTok before, I created a TikTok account with the same email address. For the past 7 days, I have been giving preference to TikTok in all my simple research and attempts to collect information on a daily basis.

I set up my TikTok account from my computer and the site forced me to install the app before I finished setting up the account. Although I didn’t want to, I had to download the TikTok app to complete the setup. Of course, there is no such compulsion on the part of Google and YouTube. The first thing I noticed after logging into the app is that the mobile app looks much more user-oriented and simple. TikTok’s website, on the other hand, looks much more complex compared to the web versions of its competitors YouTube and Instagram.

When I first entered TikTok, I noticed that the algorithm constantly offers me videos with dancing and challenges. I used TikTok to get simple information like movies to be released after a little navigation through the app, the software needed to root Android 12. During these simple searches, I realized that the Chinese social media platform can offer enough content in the form of YouTube videos, although not as complete as the information that Google provides me. I came across dozens of materials explaining a topic that is explained in 15 minutes on YouTube in almost 1 minute, and it is very useful to me.

In almost all my searches on everyday topics, the TikTok algorithm provided me with content that I quickly consumed and easily implemented. When I was searching for similar content on Google, I came across very detailed but complex content. On the YouTube side, I came across similar 15-20-minute videos.

It is not in the detailed and complex information

However, in TikTok, which offers a more refined experience compared to Twitter for agenda tracking, you can find many videos related to the details of the subject by searching for the tags you see on Twitter. Although the search in Turkish often does not yield results, you can find exquisite and useful videos on current topics with almost every search in English.

Despite the fact that I deliberately did not like any videos and did not follow anyone during all these searches, the TikTok algorithm identified my interests and topics that I might like in less than 48 hours, and began recommending videos related to these topics to me. My attention was particularly attracted by the fact that he identified subjects that I was not looking for, but that were really in the area of my interests. The algorithm is designed to keep an ordinary user in the application for a long time, and copes with its task well.

On the other hand, even though I used it as often as TikTok during that 7-day period, YouTube still recommended videos to me that didn’t match my interests and were irrelevant. One of the most striking examples of this was the slime video in the recommended section after watching a video with a game design. TikTok, which determines my interests much faster than my Instagram account, which I have been actively using for many years, really deserves praise for its algorithm.

Let’s get to the real question: will TikTok be able to replace YouTube and Google one day? TikTok, which understands the needs of the user and makes offers much faster than Google and YouTube, thanks to its algorithm, unfortunately cannot go much beyond this area, because it adheres to the label of “apps for fun dancing and testing” in the global market. The more diverse the videos uploaded by users, the bigger the platform will be. However, TikTok, as a competitor platform to YouTube, does not provide enough information on many issues, even in the search in English, not to mention Turkish. TikTok could indeed replace YouTube and perhaps even Google one day in the future, if in the future content creators are provided with the company’s investments and sufficient incentives.

PIX can become a ‘Digital Identity’, says BC president