Home Entertainment We Can Now Play DOOM on Twitter; Although It Seems Impossible 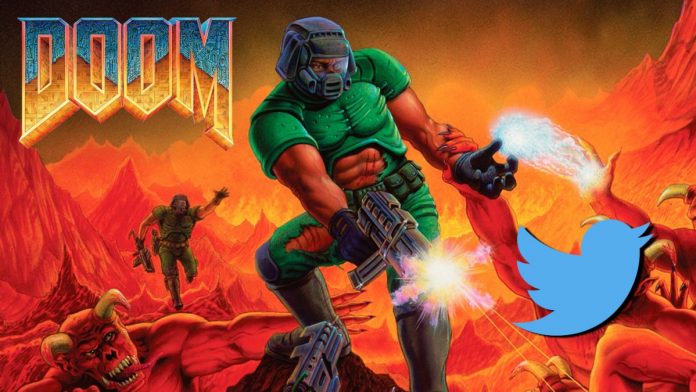 DOOM: Thanks to a program we can play the mythical original video game of the saga from the social network with a bot called Tweet2Doom. Is that how it works. Playing DOOM on Twitter is now possible, albeit with nuances. The Tweet2Dooom bot allows us to play the legendary 1993 id Software video game from the social network using commands. The account in question simulates a traditional keyboard and responds to user actions. After seeing it in a Porsche 911, in the Touch Bar of a MacBook Pro, in a pregnancy test and even in Minecraft, the legendary FPS continues to expand horizons.

The procedure works as follows: a user writes a tweet made up of a series of commands; each message becomes a video and creates a “state” that will be expanded with new responses. In this way, a message becomes a thread and, consequently, also a sequence of actions that we will see reflected in different gameplay videos showing the results of the game.

The difficulty of this gameplay, unlike other similar phenomena such as Twitch Plays Pokémon, which was still an RPG with specific movements and actions, is that here you have to aim and it is a video game in real time, not in turns. In other words: it is very complicated because they will hurt us constantly. The result, however, is noteworthy and this little milestone is worth taking a look at, given that DOOM is partly playable from Twitter… even if it is not in the most optimal conditions.

Regarding the saga, the last two installments of the series have been a success both critically and in public. We refer to DOOM (2016) and DOOM Eternal, both by id Software, excellent works that have raised the name of the saga again to the top with an audience that, in many cases, did not enjoy the original works for a mere matter of age. The future lies with Xbox Game Studios, as the Bethesda suite now belongs to the Microsoft ecosystem.