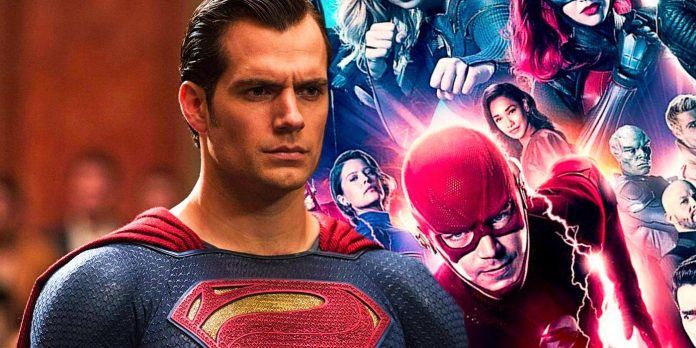 Warner Bros. Discovery is planning to reboot the DCEU, and their new plans offend the success of the Arrowverse. The DCEU has always been kept separate from the Arrowverse, so in this regard it makes sense that it will not be taken into account in any way in future DCEU plans. However, Warner Bros. continuing to ignore this as they attempt to restructure the DCEU is both ignorant and incredibly limiting of their options.

After the cancellation of the Batgirl movie, Warner Bros. Discovery has announced new plans for its programs that are radically different from what they did before. One part of these plans is to focus primarily on making films intended to be shown live in theaters, and on abandoning streaming, since streaming is not seen by the company as profitable (via Deadline). This, combined with reports that HBO Max is cutting the show according to the script, suggests that the DCEU will only make big theatrical films in the future, despite “Peacemaker.”

Related: DCEU Reboot?! Explanation of WB reset and answers to your questions

It is clear that Warner Bros. Discovery believes that the DCEU can only work by focusing on cinemas, but such thinking completely ignores the success of the Arrowverse. For more than a decade, Arrowverse has captivated people with its view of the DC universe and given way to all sorts of stories that the movies would not have had time to tell. Anyway, Arrowverse proves that scripted content can work for DC, so ignoring Warner Bros. Discovery, in order to focus exclusively on films, does nothing but limit the possibilities that they are capable of.

Future DC Needs Another Arrowverse (for the fans)

The wide variety of stories in the CW series “Arrow” is the main reason why DC should not abandon the television model. Movies can cover so much in just two or three hours of timekeeping, so everything that happens in a DC movie is bound to be a big story that can be covered in that time, and nothing more. A full-length TV show, however, can either tell a smaller story that can provide some variety to the films, or spend time developing a larger story than what the films would like to deal with. Either option gives fans something to look forward to beyond the movies, which is even worse because Warner Bros. Discovery doesn’t seem to have any interest in this.

What’s even worse is that the MCU has recently given even more support to the virtues of superhero TV show scripts. Recent MCU shows like “Loki,” “Moon Knight,” and “Miss Marvel” on Disney+ have been praised by both viewers and critics, so this is further proof that people will watch superhero shows scripted. The restructuring of the DCEU clearly draws inspiration from the MCU (via The Hollywood Reporter), so if TV shows work for the MCU, then there’s no reason to think they won’t work for the DCEU.

While Arrowverse shows and even individual seasons often varied in quality, Arrowverse as a whole was a clear success, which allowed unique stories to be told in the DC universe. Because of this, Warner Bros. plans Discovery’s efforts to focus the DCEU directly on theatrical projects not only ignore the success of the Arrowverse franchise, but also significantly limit the scope and number of stories they can tell. The DCEU has to find ways to expand itself, and therefore doing things that limit its capabilities is far from the case.