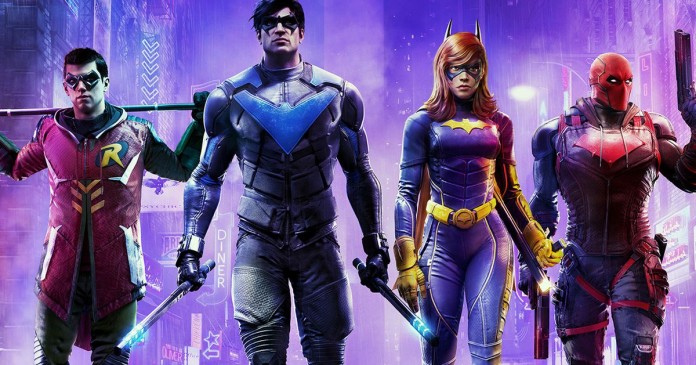 WB Montreal: The studio canceled a Batman game, some concept arts recently released. Warner Bros. Montreal is the studio responsible for Batman: Arkham Origins, a game that was released years ago. Since then, the developer has been working on other projects, although some have fallen by the wayside. The one that follows its course is Gotham Knights, a title scheduled for next year 2022 that is not the only one in development at the moment. At least that’s what the Linkedin page of one of the company’s senior artists suggests.

According to this information, which VGC collects, they are immersed in the design of an unannounced game in addition to their “current responsibilities in Gotham Knights”. The artist claims that they are outlining the features and pillars of the gameplay. “I’m also building the infrastructure with production (art direction, Confluence, Trello, JIRA). I have collaborated with the remote teams in a demo ”.

To date, WB. Montreal has limited itself to publishing a single game, the aforementioned Arkham Origins. He also contributed to the development of Arkham City, a game created by Rocksteady: in this case they were in charge of sketching the four downloadable content packs for the title.

Since Batman: Arkham Origins came out, almost eight years have passed. It is not that Warner Bros. Montreal has stood idly by until they found the ideal project, Gotham Knights, but that they were forced to cancel one of the video games they were working on. It is about a Batman of which little details are known, beyond the leaked concept arts and the possibility that Damian Wayne was going to be the protagonist.

Gotham Knights, meanwhile, is set in a time when Batman is history. In this context, Robin, Bat Girl, Red Hood and Nightwing put on the tights to protect the city. It will be out on PS4, PS5, Xbox One, Xbox Series X, Xbox Series S, and PC, sometime in 2022.