Home News Waves of the universe may have been discovered 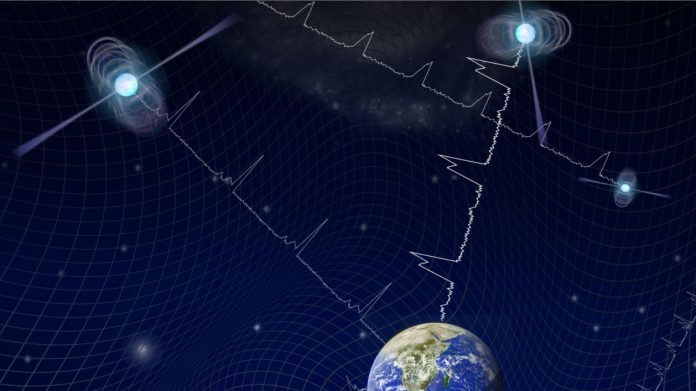 Scientists may have found the background waves of the universe to aid in understanding the cosmos.

Gravitational waves may have been defined

Scientists may have only described gravitational waves that form part of the background of the universe, with the exception of unusual events such as black hole collisions.

The New Atlas announced that the NANOGrav research team had discovered a “strong signal” representing gravitational wave history, that is, waves from supermassive black hole mergers across the cosmos.

Rather than trying to detect waves directly, NANOGrav is investigating the effects of these waves on pulsars whose light patterns are consistent over long periods of time.

The researchers looked at more than 45 pulsars for at least three years and noticed a common process that seemed to slam collective timing by hundreds of nanoseconds.

This research did not come to a definitive conclusion. Scientists want to validate the data with more pulsar and longer studies. If this work, which will take years, represents the background gravitational waves, it is expected to help determine the sources of these waves and ultimately how these “hidden” forces shape the universe.