Home Crypto Waves of coins of the future! Coins on and Coin AMP! 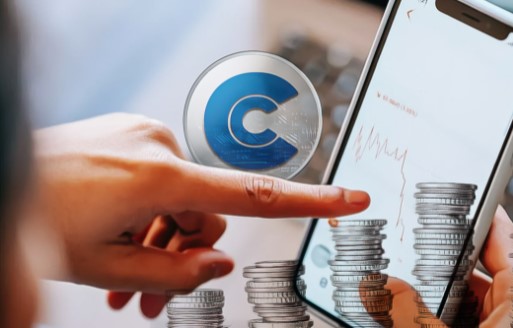 Cryptocurrency markets are suffering from bitcoin uncertainty. Altcoin growth has stalled so far, and prices are falling. At the time of writing, BTC finds buyers at a price of $45,700. WAVES was one of the biggest losers today, its price fell by 23.3% to $38. Mina gained 6%, and AMP became one of the altcoins least affected by the fall of the markets.

The Future of Wave Coins

The double-digit loss caused serious damage to Waves Coin investors. Sasha Ivanov, the founder of Waves, said that the company Alameda Research is behind the continuing fall in WAVES prices. Neutrino Dollar (USDN), a stable coin issued through the Neutrino protocol supported by Waves, has suffered serious losses due to the charges. USDN fell by 15%, despite the support of WAVES.

However, one analyst accused Waves of artificially inflating its own token by 750% over the past two months:

Use the proceeds to buy Waves coins.

Conversion of tokens to USDN.

Redistribute them to the Vires Finance pool to borrow more USDC.

The analyst also said that a decisive collapse in WAVES prices would bankrupt the USDN. But the founder of Waves, Sasha Ivanov, denied the accusations on April 3, pointing out that it is impossible to move markets worth more than $ 1 billion a day, borrowing several million. He also accused Alameda Research, a cryptocurrency quantitative trading company headed by Sam Bankman-Freed of FTX, of launching a campaign against WAVES “backed by a crowd of paid trolls” to bolster their short positions in cryptocurrency.

At least in the short term, Waves has some issues that may lower the price a bit. If you understand that these claims, called FUD, are not true, then the current price of the token can be considered cheap.

Coin Mine and Coin AMP

Mina Coin continues to find buyers at a price of $2.90 at the time of writing. On the four-hour chart, the RSI is slightly above the neutral zone, while the MACD is positive and the price is trading above the moving averages. The triangle formed to date was broken at $2.77. If Bitcoin does not exert too much pressure, a new regional peak to $3.68 may occur.

AMP Coin continues to find buyers at a price of $0.0277. As Bitcoin consolidates, it may see altcoin pumps these days. It is possible that one of them is AMP. It may help if traders keep an eye on the $0.03 level against a potential 30 percent rise. At this level, it is possible to break the downtrend that began in November.

This Altcoin Is At The Top Despite The Sales: It Is...