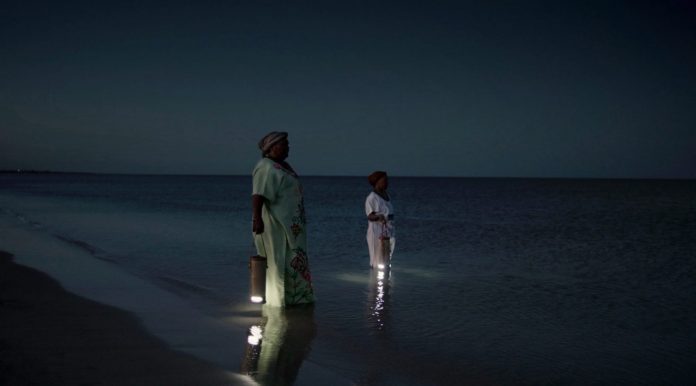 WaterLight is produced. A renewable energy company in Colombia has produced a urine-powered lamp. The company named E-Dina designed WaterLight for local communities independent of the energy grid in the country. The lamp works with salt water and, in case of emergency, with urine.

E-Dina has developed a wireless lamp that converts salt water into electricity as an alternative to solar lamps in local communities. For WaterLight to emit light for up to 45 days, people fill it with 500 milliliters of seawater or urine. However, the device functions as a mini energy generator. Charges a mobile phone or other small device via USB port.

This portable device is also an alternative to solar energy that depends on the weather. Pipe Ruiz Pineda, the creative director of the project’s partner Wunderman Thompson Colombia, explained the product. “WaterLight can be more efficient than solar lanterns because it regenerates instantly,” said Pineda. After filling it with water, the energy distribution takes place immediately. The batteries of solar lanterns recharge solar energy by converting it into alternative energy. It also only works if there is sun. But WaterLight doesn’t need weather conditions. ” said.

The strategy of the urine-powered lamp WaterLight

So how does WaterLight work? The product generates energy through ionization. This is when the electrolytes in the brine react with the magnesium and copper plates in the lamp to generate electricity. Moreover, the device provides energy 24 hours a day. E-Dina has developed and patented this ionization method, which takes longer than previous technologies.

The case of the lamp is made of Urapan wood. There is a circuit integrated into the base of the device and a perforated lid on the top for the liquid to flow out while expelling the hydrogen gas during ionization. After the salt particles have evaporated, the water can be reused for washing or cleaning. In this way, they can empty and refill the lamp. In addition, the craftswomen of the tribe embroidered traditional symbols on the wooden case.

The lamp is an alternative for regions such as Syria

E-Dina designed the WaterLight specifically for the Wayu tribe on Colombia’s border with Venezuela. The tribe lives independently of the energy system in the northernmost tip of South America. All around the region is surrounded by the Caribbean Sea, WaterLight power source.

Wunderman Thompson announced that the lamp will be fully recycled at the end of its useful life. The aim is to meet the needs of 840 million people living without electricity. The company will launch various versions of WaterLight around the world. The product is the alternative for places that do not have electrical networks but have access to the coastline. For example, it will be useful in places such as Syria, Sierra Leone, and Somalia.

Microsoft Changes The Color Of The Error Screen With Windows 11

Google, Information On How The Matter Smart Home Standard Will Work...