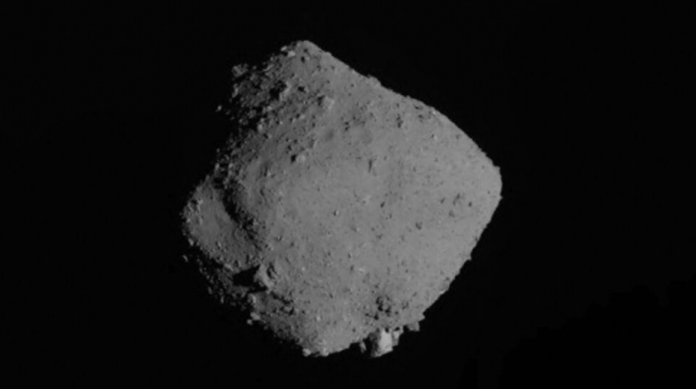 Samples of the Japanese meteorite Ryugu give new clues to support the claims that life on our planet could have appeared from space.
There are many different hypotheses about the origin of life on Earth. According to one of these hypotheses, the source of life on our planet is space. The samples collected from the Ryugu asteroid by the Japanese Hayabusa-2 spacecraft stand out as a structure confirming this theory.

The device called “Hayabusa-2” threw sticks that could split the surface of the asteroid to collect samples of the Ryugu meteorite, which is located at a distance of about 300 million kilometers, and then collected fragments that scattered in the air and did not touch. with the space in front, using a device resembling a vacuum cleaner.

Traces of water were found on the fragments of the asteroid.

Traces of water were found in 5.4-gram samples of rock and dust collected by Hayabusa-2, researcher Tomoki Nakamura from Tohuku University said on Friday. The researcher stated that this discovery is of great importance. “Many researchers thought that the water came from outer space, but in fact we found water in Ryugu, for the first time on an asteroid near Earth,” Nakamura said. used sentences. “This drop of water is of great importance.” Nakamure said that many researchers already think that water comes from outer space, but this is the first time they have discovered water in an asteroid close to Earth. Nakamure noted that the sample in Ryugu was a drop of liquid containing “carbonated water with salt and organic substances.”

In the Hayabusa-2 mission, which began in 2014, the spacecraft traveled 300 million kilometers towards the Ryugu asteroid, and then returned. Although the device returned to Earth 2 years ago, the process of studying the collected samples continues.

A group of about 150 researchers is studying the collected samples. The team is divided into groups for faster exploration. Thus, different specialists can quickly do their work in their fields.

The researchers say that these results may be directly related to the origin of the oceans and organic matter on our planet. Perhaps life on our planet really came from meteorites that hit our planet during its formation.