Home Tech watchOS 8 Introduced! The Apple Watch Family Will Get Even Smarter 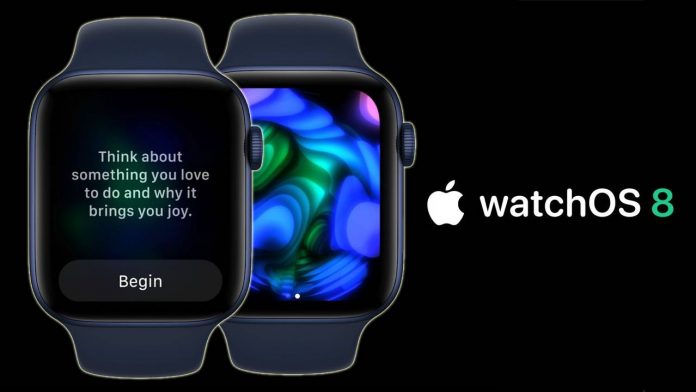 WatchOS 8 was introduced. Apple introduced the watchOS 8 version, which attracts attention with its features at the WWDC21 event. We have compiled the new watchOS 8 features for you.

With the introduction of smart accessories into our lives, Apple introduced the watchOS 8 version at the WWDC21 event today. Here are the new features coming with watchOS 8!

Here are the watchOS 8 features

The Breath application, which comes out with a new animation, has the Reflect feature for users to be more careful.

Stating that health data has become even more important due to the pandemic process, Apple announced that they attach importance to respiratory data in watchOS 8.

Along with watchOS 8, the Fitness Plus app will feature artists such as Lady Gaga, Keith Urban, and Alicia Keys.

With the new watchOS version, the digital crown can be used to enlarge the watch face. Thanks to the new portrait feature, users will be able to add a depth effect to their faces and add them to your dial.

Thanks to the new photos application, photos on the Apple Watch can be shared directly via Messages and Email. In addition, thanks to the GIF support that comes with watchOS 8, users will be able to play motion pictures on their smart watches.

Another remarkable feature of the new version of watchOS is the text editing feature. Users will be able to doodle on the Apple Watch with the new version. The company, which also brought a text cursor to Apple Watches, also introduced a feature that will allow you to mark words.

Find is another feature that comes with watchOS 8. Thanks to this feature, you will be able to view your nearby devices via Apple Watch.

WatchOS users will also be able to benefit from some features, especially the new focus mode, which will enter our lives with iOS 15. Apple stated that the Watch Series 6 model can be used as a car key thanks to UWB technology.