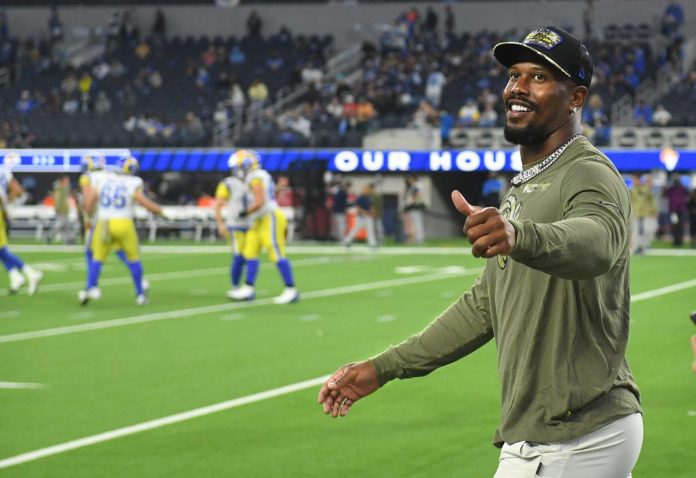 Last year, the Los Angeles Rams traded for pass rusher von Miller in the middle of the season, which ultimately turned out to be the last piece of the championship puzzle.

But von Miller will enter the 2022 season as the leader of the Rams’ first opponent: the Buffalo Bills. On the eve of this game, Miller returned to SoFi Stadium.

Video footage of the pitch at SoFi Stadium before the game shows Miller warming up in his street clothes. He could be seen in a black T-shirt while jogging on the field.

Von Miller spent the first 9.5 seasons of his career with the Denver Broncos, during which he won eight Pro Bowl, seven All-Pro teams, received the Rookie of the Year award and became the most valuable player of Super Bowl 50.

But amid the failure of last season in Denver, the Broncos released Miller before his contract expired. He finished the year with the Rams, and the rest is history.

Miller signed with the Buffalo Bills in the offseason, and he will have a chance to show the Rams how much he still has left in reserve.

Will Miller make the Rams regret letting him go?