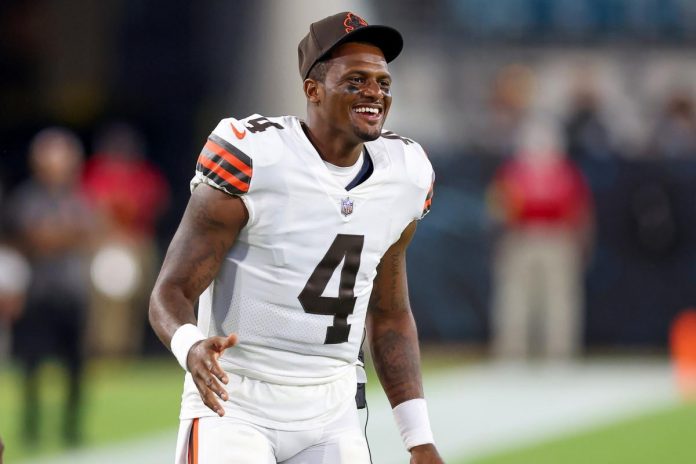 Two Cleveland Browns fans had unpleasant signs about Deshaun Watson over the weekend.

One fan has a sign saying “Free Watson” and another “Fuck their hoes” to humiliate the women who opposed Watson.

It’s terrible, especially since Watson has just been suspended for 11 games and fined $5 million for sexual harassment. He will only be able to play six games for the Browns this season.

It is unwise to involve a child in something like this, especially since he is probably too young to understand what is happening.

Watson was initially suspended for the first six games of the regular season before the league appealed Judge Sue L. Robinson’s decision.

Last week, the league and the NFLPA agreed to a settlement agreement.

It is reported that the wife of a former NBA player...