Home Sport Watch: UFC World reacts to the heartbreaking death of a fighter 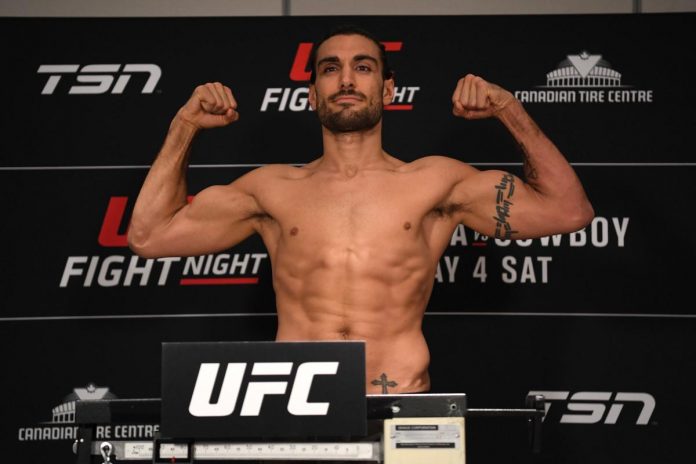 Today, the world of mixed martial arts is mourning the death of former UFC fighter Elias Theodorou. He was 34 years old.

Teodorou passed away this week after battling liver cancer. He kept the fact that he had stage four cancer a secret from everyone except a select few.

In 22 professional fights, Teodoru showed 19-3 with nine finishes. 11 of his fights took place in the UFC, one of the most notable of which was a technical knockout victory in the second round over Roger Narvaez at UFC 185.

Teodorou was also a pioneer in professional sports and actively advocated for the use of cannabis in sports. In 2020, he became the first professional athlete from North America to receive a permit sanctioned by the governing body of Canada for the use of medical cannabis in sports. The following year, he became the first athlete to receive an exemption in the United States through the Colorado Combat Sports Commission.

Friends and fans of Theodor on Twitter paid tribute to the departed MMA star:

Elias Theodorou achieved middleweight fame in various Canadian MMA promotions before getting a chance at The Ultimate Fighter Nations: Canada vs. Australia in 2014. He made his UFC debut by defeating Sheldon Westcott by technical knockout and winning the middleweight tournament.

After defeating Bruno Santos and Roger Narvaez, Teodorou will suffer his first professional defeat against Tiago Santos in 2015. He would bounce back with five wins in his next six fights before losing to Derek Brunson in 2019 in what would be his last fight in the UFC.

After being released by the UFC in 2019, Teodorou continued to fight, becoming a staunch advocate of using cannabis for pain relief. His efforts have borne fruit, as mentioned earlier.

Our hearts go out to the family and loved ones of Elias Theodorou. Rest in peace.