UFC 247 is, of course, one of the most attractive events of the year, as it will have the return of Jon Jones , who will defend his light heavyweight title against Dominick Reyes at the Toyota Center in Houston. And if this is not fierce, Peruvian Valentina Shevchenko will face Katlyn Chookagian for the flyweight in the co-star fight. Depor brings you the most information about the fighters, videos, statements, schedules, TV channels and how to watch the PPV event of the night online.

Jon Jones vs. Dominick Reyes: Previous
Jon Jones has nothing to prove to UFC fans. Each time he enters the cage, the favorite role is marked in the long fists, which when they hit any rival, is close to a new victory. Jonny ‘Bones’ has shown such weakness as an opponent, but the challenger his challenger at UFC 247 , Dominick Reyes , seems to believe he found a weak point.

While Jon Jones is almost invincible in the UFC, Dominick Reyes feels he maintains a particular set of skills that surpasses the 205-pound champion. “It’s no secret that Jon is not the best fighter in the UFC ,” Reyes said Wednesday during the UFC 247 panel of athletes. “He’s a great kickboxer. He has great reach. He uses his kicks very well. But he is not the best fighter. I intend to exploit that.

“I think my boxing is probably the best in the division. With footwork and courage, I will go in there and put my hands on it. ”

On the other hand, Jon Jones did not air at the criticism of Dominick Reyes , but he did hit the undefeated title winner while reminding him that his fight is happening in the UFC and not in the boxing ring.

Valentina Shevchenko vs. Katlyn Chookagian: Previous
Valentina Shevchenko’s opponent , Katlyn Chookagian , was already ranked number 1 in the strawweight division before Maia’s fight, and reaffirmed herself as the next woman in the row for a title shot with her victory. “Blonde Fighter” earned that opportunity on the UFC 244 card, when she beat Jennifer Maia to win a decision.

In her most recent fight, Katlyn Chookagian defeated Joanna Calderwood by decision. She will enter her title fight with Shevchenko , with a solid overall record of 13-2. Meanwhile, Valentina Shevchenko arrives with a 18-3 record overall and reaches a four – fight win streak in the new flyweight division of UFC .

“All fights are different because each opponent is unique and has their own style and technique. On height, you cannot say that it is something surprising, because fighting at 135 pounds I have fought with different heights of the opponents. She is tall, but skinny. I know that she will not exceed the weight more than me. I know she won’t have the strength more than I expect, ” said Valentina Shevchenko in an interview with UFC .

“She is a complete fighter. He likes to fight a lot in the distance, he knows the floor, he knows the fight, I’m waiting for him to bring everything he can give, ”he added. 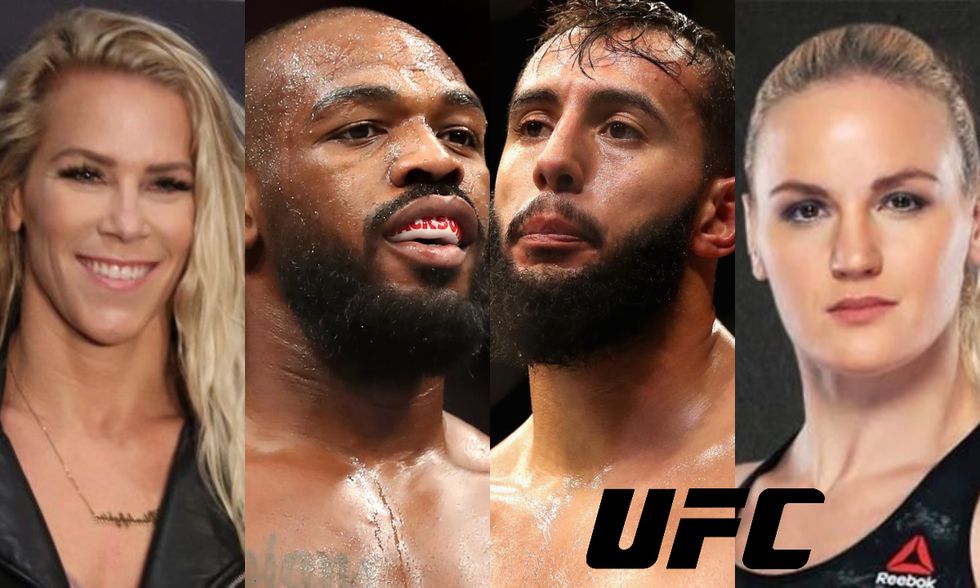 Hours by country and TV channels to watch Jones vs. Kings