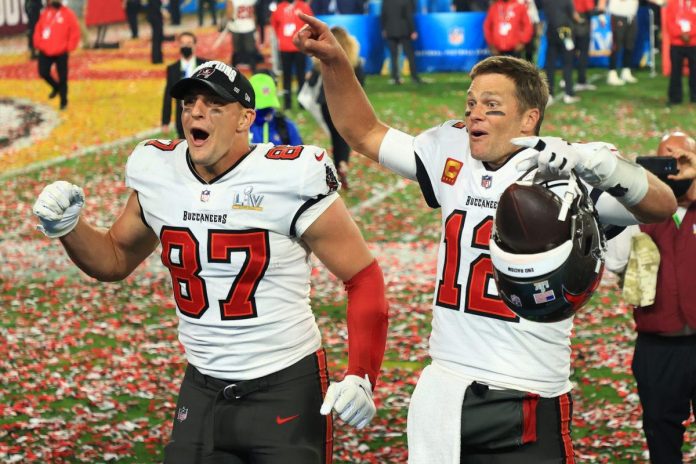 Tom Brady wants his longtime teammate and friend Rob Gronkowski by his side again.

During an episode of Brady’s new show with the life advice of the Armchair QB, the Tampa Bay quarterback received a video message from Gronk himself. The former tight end superstar asked Brady what tattoo he should get.

Brady suggested that Gronk put a “rising phoenix” on his back, symbolizing a possible return to the NFL.

“It’s about overcoming adversity, rising from the ashes and regaining your glory — all of which I hope you really want to do at some point,” he said.

Brady also mentioned all the free food, merchandise, and first-class amenities in Tampa Bay in an attempt to lure his TE back into the action.

“Don’t worry, you can come back as a co-host of @RobGronkowski. There is only one condition…,” he wrote on Twitter.

Brady and Gronk retired after the 2021 NFL season. Brady reversed his decision and spent another year in Tampa Bay, but Gronk is still retired.

Will Gronk return to the field with Brady at some point in the 2022 season?