Home Sport Watch: there is a new video about how Kyler Murray is beaten... 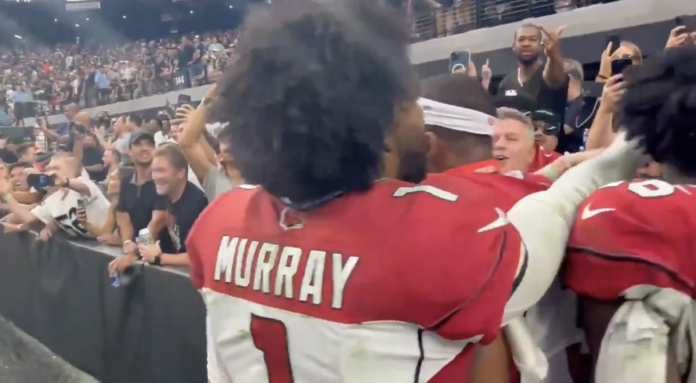 Over the weekend, the Arizona Cardinals scored an incredible victory over the Las Vegas Raiders.

Unfortunately, the victory was spoiled for a moment when a fan appeared who punched quarterback Tyler Murray in the face. It is reported that the police are investigating the incident.

“Officer Larry Hadfield, a Las Vegas police spokesman, confirmed that a beating complaint was filed around 6:30 p.m. at the stadium. The report was not immediately available,” the Associated Press reported.

On Wednesday morning, TMZ Sports published a new video showing a fan attacking Murray from a new angle. The video can be found here.

Police told TMZ that they have not yet identified the man.

“We are not releasing the names of the victims, however, the event you are requesting is a battery call alleging that a spectator at the stadium hit a professional football player,” a representative told TMZ Sports. “A crime report has been compiled, the identity of the suspect has not been established. The investigation is ongoing.”

However, they will soon find him.