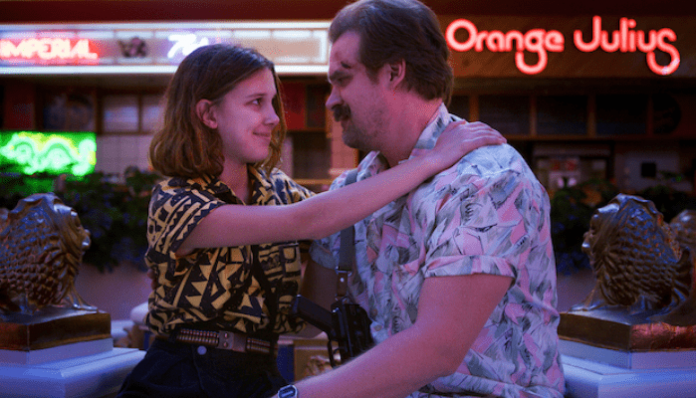 Who is Yuri in the fourth season of Stranger Things? There is very little we really know about Yuri, other than the casting announcement that she shared a bit about the character. Played by Nikola Djuricko, Yuri is a Russian smuggler who loves crunchy peanut butter, bad jokes, and cash, according to Stranger Things and Netflix.

Based on everything we know at the moment, Yuri’s business is in Anchorage, Alaska, which is probably the closest place to Hopper without lighting the major red flags. How do we know this? Netflix has just released a new teaser for Stranger Things fans, but in a unique way.

As we get closer to the launch of season 4, you can expect Netflix to start messing with fans by releasing clues, trailers and mysteries. For example, the Stranger Things Instagram page has what appears to be three dolls in its bio.

If we go back and recall the clues that were dropped for season 3, his bio featured rats. We now know that those rats played a role in season three and they really meant a lot in what was happening at Hawkins.

In Netflix’s latest tease, they sent brown packages to a Stranger Things fan account, which included Russian dolls, inside those dolls was a phone number for fans to call. With that Anchorage, Alaska area code we mentioned earlier, fans were able to hear the following message below:

“Hi, I’m Yuri from Yuri’s Fish and Fly. Do you want to book a trip with me? And maybe together we go up the Arctic with the fish and the polar bears? ”Yuri confesses.

This is an important message and a hint for fans for many reasons, Yuri clearly seems up to the task of helping rescue Hopper (David Harbor). That’s what most fans seem to be thinking as to what exactly his role will be in season 4.

Being a Russian smuggler, Yuri knows all the tricks of the trade when it comes to getting Hopper home safely. We know that once Joyce (Winona Ryder) finds out that Hoopers is alive and well, she will be on full blast to get him home safe and sound, we all know that Murray (Brett Gelman) will be present on that trip as well.

What has now intrigued fans is how will they find out that Hopper is still alive? That remains to be seen, let’s remember that Alexei (Alec Utgoff) was one of the fan favorites last season and, unfortunately, he will not be here with us for a new installment of Stranger Things, so it will be an opportunity for Yuri to take its place.