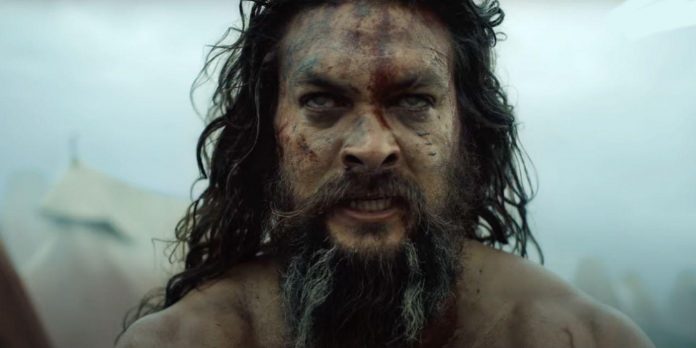 Apple TV+ presents an explosive trailer for the third season of “Watch”, which shows the first look at the last season of the post-apocalyptic series starring Jason Momoa. Created and written mainly by Stephen Knight from “Sharp Visors”, the dystopian drama unfolds hundreds of years into a primitive future in which all mankind has lost the basic ability to see. However, one group, the Alkenni tribe, believes that two of his children have the mythical power of sight.

Along with Momoa, the lead cast as the brave warrior and head of the Alkenny tribe, Baba Voss, the series stars Alfrey Woodard as Paris, a wise senior member of the tribe who serves as their shaman. See also a large cast consisting of many visually impaired or blind actors, including Sylvia Hooks, Hera Hilmar, Christian Camargo, Archie Madekwe, Nesta Cooper, Yadira Guevara-Prip, Eden Epstein, Olivia Cheng, Hong Lee and Tom. Mison. Renewed for season 3 a year ago, it was later announced that this would be the show’s last outing. Now viewers will see the final season of the post-apocalyptic drama for the first time.

Link: Every Original Apple TV Show is Rated from Worst to Best

A few months before the premiere, Apple TV released the first trailer for the third season of See. In the teaser of the last season, Baba Voss from Momoa returns to protect his wife Magra and adopted children Kofun and Haniwa from new fiery threats created by the Trivant scientist. The trailer also shows the premiere date of season 3, August 26. Watch the trailer below:

One of the interesting events in the trailer for the third season of “See” is the return of Edo Voss performed by Dave Batista. The upcoming season begins about a year after the events of the second season, when Baba apparently defeated his vengeful younger brother and left his family to live remotely in the forest. As the trailer teases, Baba will be forced to return to the Payan kingdom and protect his family when an unknown Trivant scientist develops a new form of “targeted weapon” that threatens the very future of humanity. Judging by the footage, this weapon looks like an explosive incendiary bomb launched by trebuchets.

Although Bautista was supposed to be a guest star in season two, the new trailer reveals that Baba’s nemesis brother will return in some capacity in season three as he continues his quest for revenge or possibly teams up with Baba to defeat a greater threat. . The third season of “Watch” seems to be doing its best in terms of thrilling action, although Edo’s return ensures that the show will still offer all the sincere emotions that fans expect. The latest chapter of See will debut on August 26 on Apple TV+, and new issues will be released every Friday.