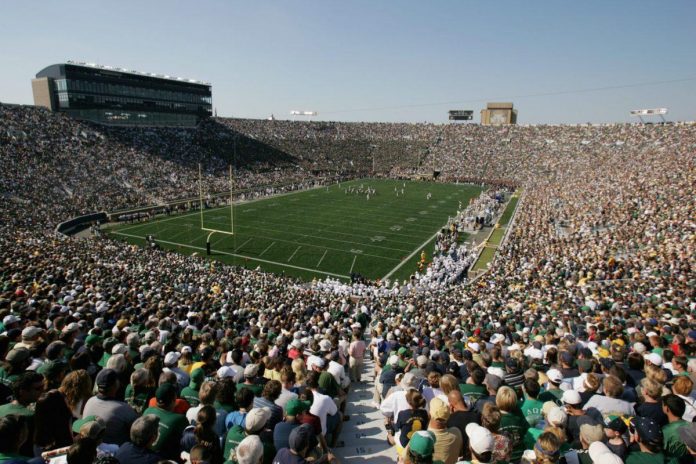 Former Notre Dame superstar Manti Te’o will be in South Bend for Saturday’s game against the California Golden Bears.

According to Fighting Irish insider Pete Sampson, he will walk with the team from the Basilica to Notre Dame Stadium.

Te’o joined Fighting Irish as the No. 1 rookie midfielder in the country in 2009. He played in South Bend for four seasons, scoring 437 career rebounds and becoming a finalist for the Heisman Trophy in 2012.

The rise and fall of Te’o’s highly publicized football career has recently been described in a series of documentaries titled “Untold: The Girlfriend Who Didn’t Exist.” The series went viral in the sports world, arousing sympathy and respect for the former American football star.

Theo will attend the Notre Dame program in the midst of the 2022 season. The Fighting Irish started their first season under head coach Marcus Freeman with a 0-2 start, including a major loss to Marshall at home last weekend.

Maybe Te’o will give the team the spark it needs before this weekend’s game against Cal.