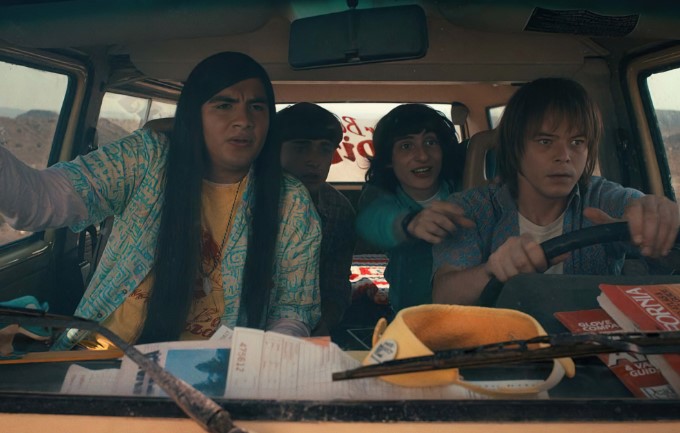 Netflix has released a video with the filming of the fourth season of “Stranger Things” — watch it above.

The footage debuted as part of the Netflix Tudum event, a global live broadcast featuring a number of trailers and announcements from the streaming giant’s upcoming list.

READ MORE: Here’s what we know about the fifth season of ”Stranger Things”

Along with the expected troubles, there is the disturbing appearance of a giggling Vecna (Jamie Campbell Bower), a screaming Eleven (Millie Bobby Brown) and a fragment of a romantic scene of Jim Hopper (David Harbour) with Joyce Byers (Winona Ryder).

It is expected that filming of the fifth and final season of “Stranger Things” will begin next year, and the story will take place entirely inside Hawkins.

The show’s creators Matt and Ross Duffer recently stated that they may not be adding new characters in the fifth season, so they can “focus on the OG characters.”

“Whenever we introduce a new character, we want to make sure that he becomes an integral part of the narrative. But every time we do it, we get nervous because you say, “We have a great cast of characters and actors here, and any moments we spend with a new character, we take time away from one of them.” other actors. “So we’re just very, very careful about who we represent,” Ross told IndieWire.

The release date of the fifth season is still unknown.