Together with Brooklyn Brewery

NME and Brooklyn Brewery have officially revived the Brooklyn Sound series of live music concerts in New York. The three-show event began on October 12 at Elsewhere, when Brooklyn’s Nation of Language and Infinite Coles took the stage for a sold-out show.

Last night (October 25), the series continued at the Bell House with decorations from MICHELLE and Sarah Kinsley. Check out the behind-the-scenes moments shot by Sam Killer for NME below.

Since its founding in 2018, Brooklyn Sound has represented artists such as Ho99o9, Lightning Bolt and former NME cover stars, Sunflower Bean at all its events. The newest iteration of the series will continue to support local up-and-coming artists from across the musical spectrum and highlight the diversity of subcultures that exist in New York City.

“NME was one of the first publications that not only reviewed my music and gave it four stars, but really understood it and defended it, and also wanted to share who I was as an artist,” Kinsley said, thanking the packed crowd at Bell House during the performance. her set. “I’m very grateful for playing.”

The singer and songwriter from New York began her set with the slowly growing booming track “Hills Of Fire”, and then pleased fans with the tracks “Karma”, “What Was Mine” and “Cypress”.

“I wrote this really terrible and sad song, and fortunately… or unfortunately, it seems to have really resonated with a lot of people,” Kinsley said before playing a melancholic and even melody. “This song is called The Giver.”

She ended her set with the brilliant pop ballad “The King”, singing “I Want to Be the King of Your Heart” on repeat, and then shared: “You are such a nice audience, thank you very much.”

Sarah Kinsley will travel to London next month with stops at The Great Escape on November 15 and The Social on November 16. She will also give several concerts in California, in San Francisco on November 30, in San Diego on December 1 and in Los Angeles on December 2. See ticket details here.

MICHELLE was the next to take the stage, presenting to the audience an incomparable mix of pop and R&B vocals, dynamic choreography and transcendent indie pop. The natives of New York, consisting of six people, maintained the energy of the audience throughout the performance, from the moment they shouted “Brooklyn, let’s go” from the stage.

The band performed their upbeat track “Syncopate” with graceful dance moves and serenaded the audience with their track “Sunrise”. The set was filled with dancing and singing, for example, during “HAZARDS”, when the audience swayed and sang along to MICHELLE.

The band also performed their high-octane track “Pulse” live for the first time, putting on a show for Bell House that warned that one day they would perform on arena-sized stages. “It was the first time we performed Pulse,” they shouted from the stage. “Thank you for being such a cheerful audience.”

“Are we going to throw it back and increase the fire, is that OK?” they asked before starting the electric performance of “The End of the World”, and the crowd applauded in response. 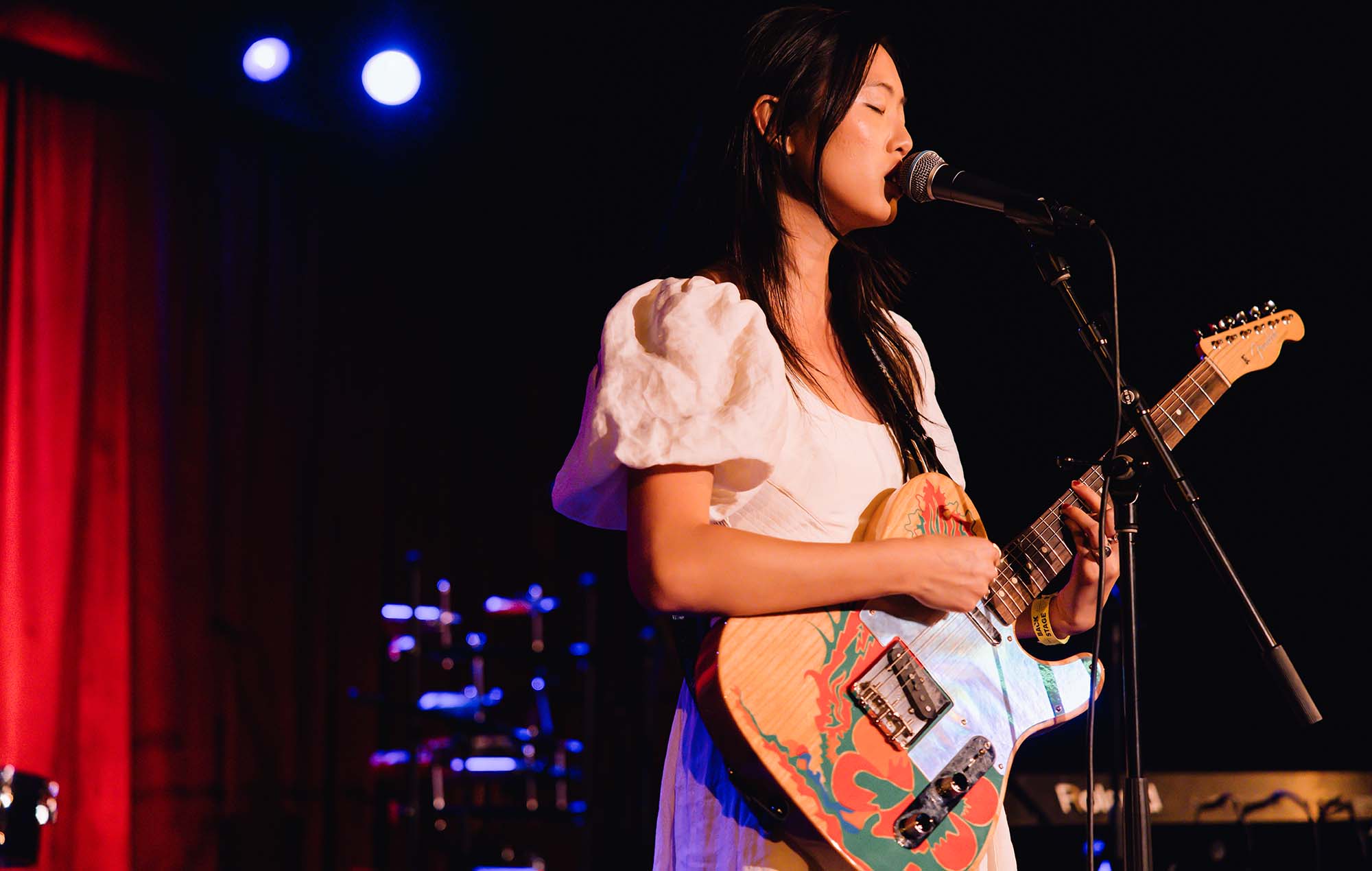 MICHELLE will embark on additional concerts as part of her The Lavender Tour on October 31 in Durham, North Carolina, and then head to Brussels, Belgium on November 17. The band is also going to perform at the Pitchfork Music Festival in London and Paris. For more information about tickets, see here.

The Brooklyn Sound series will continue next month at Union Pool on November 2 with CLIP and Rebounder. For more information about tickets for upcoming shows, see below.

Entrance to Brooklyn Sound events will be allowed for persons aged 21 and older, and RSVPs will be provided on a first-come, first-served basis, according to the capacity of each respective seat. Brooklyn Brewery will offer surprise gifts at every show.

Riders Republic Has Gameplay Video Leaked On The Network

How Garcel Saves the Real Housewives of Beverly Hills Season 12